When Beth Shumate moved to McKinney, Texas in 1993, the town’s population was about 23,000. In the 26 years since, McKinney has swelled to nearly 190,000 residents, and has become a popular tourism destination for local Texan and international visitors alike.

Over that time, she and her colleagues at the Convention and Visitors Bureau have enjoyed watching the town blossom into a small city. The rapid growth hasn’t been without some growing pains, namely greatly-increased traffic that’s hard on the city’s infrastructure.

Despite the job’s challenges, however, Shumate is perhaps McKinney’s most enthusiastic supporter. She takes tremendous pride in her community and believes that she’s got the best job in town!

This is a day in the life of Beth Shumate, Communications Manager for the McKinney CVB.

This interview has been edited and condensed

How long have you been a destination marketer?

What was your background before getting into this role?

Many years ago, back in the ‘80s, I was a newspaper reporter in a small town in Arkansas, but when I relocated to the Dallas area, I couldn’t really find anything in that realm. I was a documentation writer for five years for a software company before I left to start my family, though I continued doing some contract editing and desktop publishing work.

After my three boys were all in school, I started looking around again and found a brand new local news website starting up here in McKinney. Lucky for me, the owner and publisher had been a stay-at-home mom with three kids herself so she took a chance on me! 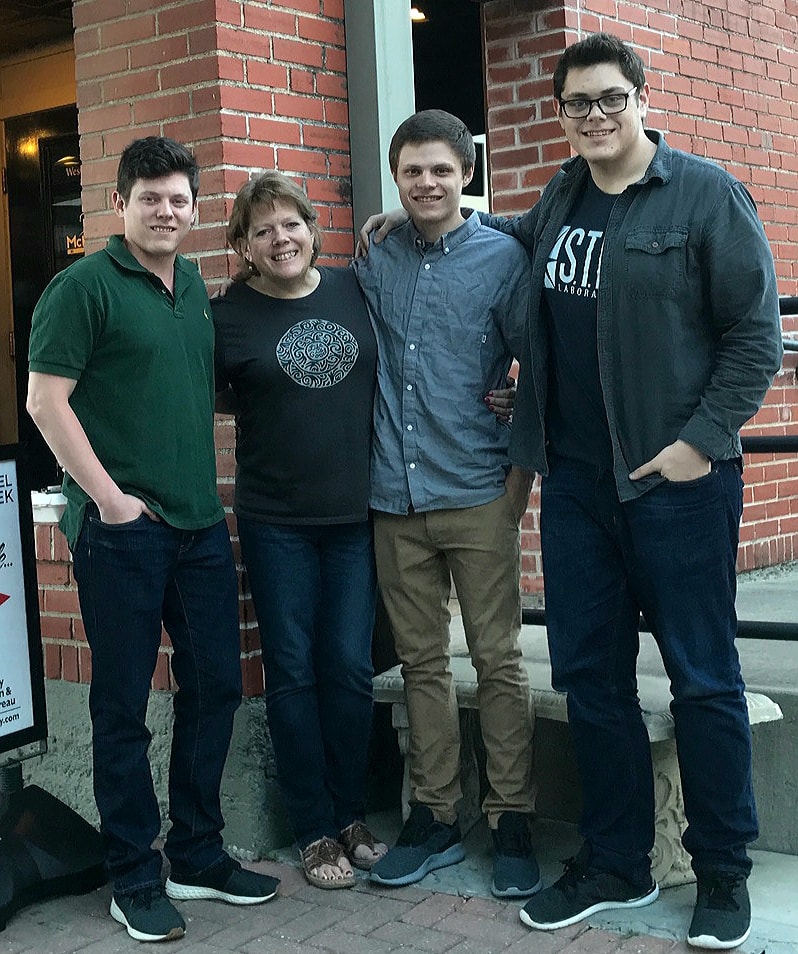 After reporting on city news for a year and a half, I became acquainted with the CVB director the city had just hired. Less than a year later, the city created the position of communications manager, and I applied for it. I was thrilled when they brought me on board.

On Mondays and Tuesdays, I write our “weekend update” email newsletter that lists all the events we have coming up from Thursday through Sunday that week. The rest of the week is spent catching up on web updates, ordering ads from the city’s graphics department, and working on pitches to writers and influencers. We also have some big partner projects we’re involved in.

I also often get pulled up front to our visitors center. Since I’ve lived in McKinney longer than my fellow staff members, I’m often asked to field questions about “what used to be here” or “where was such-and-such located.” That’s always fun. And I go to a lot of city events on weekends to take candid pictures to use in our marketing and social media.

What do you love most about your job?

It sounds cliché, but the fact that there are never two days that are the same; it never gets boring. It’s also such a neat community to live in and market. We’ve had visitors from over 80 countries come into the visitors center, and it’s really cool to interact with them. I guess my favorite part is just getting to share the McKinney story with our guests.

Our office is located in the heart of the city - our gem of a historic downtown square that everyone visits when they come to McKinney. The downtown just received a Historic Cultural District designation from the state. It’s a special place that’s incredibly vibrant and beautiful with great places to eat, shop, listen to live music and just hang out.

@Lexus_Plano welcomes local #Texas wineries to showcase their wines in the Texas Wine Garden at Arts in Bloom Festival this weekend. In this area on Louisiana Street, patrons are invited to taste local wine and meet the winemakers. The area is open to all ages, but only guests 21 and older will be permitted to drink or taste wine. Wine tastings include a commemorative wine glass. 🍷 #ArtsInBloomTX

Which tools do you rely on to get your work done?

We do our email newsletter through Robly, which has an “Open Gen” tool to help in increasing our open rate. (We used to use Constant Contact, but have found that Robly gets the job done more efficiently when it comes to both time and budget.)

We continue to hear from destination marketing experts that when people are looking for a place to visit, they want to see real people having experiences, not stock photos and beauty shots of the town. That’s why I love CrowdRiff so much! It’s been fantastic for locating great user generated content. I’ve just started using the photos for travel itineraries for bus tours and other visitors, including an entire page of these photos to show fun “girlfriend getaways” and “family friendly” activities. I’ve also started using the content we gather through CrowdRiff in some of our print and digital ads.

We also use Agorapulse to preschedule social media posts, Publisher for flyers and in-house brochures and coupons, and we use Eventbrite a lot for our historic walking tours. (They’re free tours, so you don’t need to a buy a ticket, but Eventbrite has been great for getting the word out.) And I’m really excited to be adding CrowdRiff’s Media Hub to our “arsenal” of tools when our new budget year starts!

What's a project or campaign you are especially proud of?

There’s a guy in Texas named Chet Garner, who is known as the “Daytripper.” He’s got a TV show on the state PBS channel, and he’s connected with Texas Highways, the big travel magazine here in Texas, so he’s got a huge following. I’d been working to get him to town for about eight years, and to finally get him up here, we did a paid promo with him. It got us some major traction, more than we’d ever have gotten on our own. He fell in love with McKinney when he came to shoot the promo, so now we’re waiting for him to come back soon and do an episode on McKinney for his show. (He promises we’re at the top of his list for next season!)

What are your biggest challenges in the year ahead?

Budget is always a challenge; we have a relatively small budget, so much of what we do we are pretty frugal about. Since the city is growing so fast, the infrastructure and transportation issues are challenging, and come into play sometimes when we work with tour groups and associations.

If someone gave you $100,000 to add to your marketing budget for next year, what would you spend it on?

I would completely revamp the website. For cost savings, we use the same web provider that the city does. They provide a great municipal website for residents with bill paying functions, access to government records and such. It doesn’t allow us a lot of flexibility from the city’s set style guidelines and across-the-board consistent messaging, and the navigation isn’t what we need. (It doesn’t allow us to create as visitor-friendly a site as we need to have.) Bringing on an agency to revamp our online image and create a brand new website would be my top priority, hands down!

Which brand do most you admire and why?

As far as social media goes, I know it sounds a little silly, but the Smarties candy company caught my attention early on. It’s a family-owned company, and the granddaughter does all of the social media for them. When social media was just getting started, I loved seeing how she interacted with their fans.

Take some time to appreciate everything that makes you happy today ✨🙌 pic.twitter.com/GdB51SZPhl

As far as DMOs go, I love the fact that Visit Indy is all digital - no print advertising. That’s really intriguing to me.

What are your hobbies outside of work?

For the past eight years, I’ve been a member of our local community band. I play French horn, the same horn my parents bought for me 37 years ago! I’m the marketing coordinator for the band, too, so I handle all the social media and the website. Making music with that group of great folks really feeds my soul.