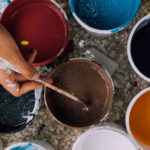 I read a lot of blog posts about how to say no to customers and cautioning not to build what customers ask for, but not a lot about how important saying yes is.

I get it; sometimes customers ask for a faster horse when they really want a car. They can’t always imagine what’s possible, and sometimes you know what they need better than they do.

But saying yes was an important part of how we built CrowdRiff.

Today, customers including Princess Cruises, Lonely Planet and Tourism Colorado use CrowdRiff to power the visuals that tell better stories. We have developed a solution that combines image discovery, digital asset management and seamless content delivery into an AI-powered content platform for marketers. But our journey wasn’t a straight line.

Early in our growth, my co-founder, Abhinav Ajgaonkar, and I pivoted the product multiple times, and also tried different SaaS models, from small monthly payments to large enterprise contracts. A lot changed during those early years, but we’ve always worked closely with our customers, and saying yes to their ideas proved to be pivotal in CrowdRiff’s growth.

It can be risky, especially when you’re small, but under the right circumstances, it can be invaluable. I’ve read about plenty of reasons to say no to customers, so I wanted to share a few reasons to say yes.

So, when should you say yes to a customer?

When you have vision lock with them

The Canadian Olympic Committee (COC) was an important early customer. They asked us to create a new experience that connected Olympic fans and athletes. At that time, we were a small, bootstrapped team, and they expected something different than the product we offered at the time.

And I mean very different.

But we recognized that building the next version of CrowdRiff in partnership with such a great brand was a unique opportunity.

We redesigned the product from the ground up, focusing entirely on uncovering the best photos and videos shared by fans and athletes on social media. From the outset, the COC had a lot of input. Involving a customer in the product development process makes a lot of startups nervous, but we were comfortable with it because we were so aligned with the COC on the vision of the project. We both felt strongly that authentic visuals were the best way to connect fans and allow everyone to experience the Olympics from a new perspective. Knowing that we were envisioning the same outcome made the collaboration more of an opportunity than a risk.

In the months that followed, we were able to use what we’d built with the COC as a springboard to sign a new group of customers, and begin to carve out a niche for ourselves in the travel and tourism market.

When the feature is a sign of things to come

One of our early features allowed customers to acquire rights to social content by getting users to respond to a request with a special hashtag. It was a straightforward process, and it was working well.

But due to local privacy regulations, one of our customers required a much more involved solution for obtaining legal rights to social photos. Taking on these types of complex projects can really drain your resources, especially when they involve legal regulations, but they can also create a meaningful advantage.

The tough part is determining whether it’s worth your while. Ultimately, there were four reasons we decided to say yes.

It was a really positive process. We created InVision prototypes and jumped on multiple calls for feedback along the way. There were some compromises, but the customer was excited and our team was proud of the solution.

The feature also went on to become one of the highest revenue-generating features of our platform, all because we said yes.

When they’re committed to the cause

We met a brand that had built a customized experience for social photos and recently discovered that it was costing them more just to maintain the code for that page than it would cost to purchase our platform. It should’ve been a slam dunk, but our platform was missing one small feature that their custom solution provided: the ability to add a call to action (CTA) button to each photo. Their process for adding CTAs was laborious and time-consuming, but the functionality was really important to them. We knew we could build a better experience. We decided to say yes to building the new feature for three reasons:

Our team had multiple screen-sharing sessions with the customer to learn about the manual process they were following today.

“Why do you do it this way?”
“What’s the point of this step?”
“Can you think of ways to make this easier?”

Through those conversations, we learned about their workflows — not just what they wanted the feature to do, but how they’d be using it. That allowed us to build a solution that was not only effective, but also usable.

The customer was delighted that we actually improved on their current process instead of just replicating it. We devoted time and resources to the project, but so did they. Meaningful collaboration requires both sides to be invested. When a customer’s as dedicated to success as you are, it’s a reason to say yes.

When to say yes

Looking back on the last three years of building CrowdRiff, there are two key factors we consider when deciding to say yes to a customer.

There’s no perfect formula for deciding when to say yes to a customer, but the criteria above have served us well at CrowdRiff. Every company should feel a great deal of gratitude toward their customers. They should obsess over them, learn from them, and always remain open to saying yes.

This article was originally published in Building CrowdRiff on Medium.