When Hornblower Niagara Cruises first signed up with CrowdRiff in the spring of 2017, the platform was hugely popular in the highly competitive tourism region, but some of the Hornblower team members were almost solely focused on how many visual assets they collected through CrowdRiff.

“When the Director would talk to someone about CrowdRiff, even within the Niagara region, it was, 'we've acquired the rights to this many assets’; at the beginning that was the goal,” explains Chelsey Harasym, the Digital Marketing Specialist for Hornblower Niagara Cruises.

At the time, Harasym says she too was wholly focused on growing the organization’s asset library, specifically focusing on finding more diverse content. As the sole boat tour provider for Niagara Falls, Canada, Hornblower sees over 2.5 million passengers each year from just about every corner of the planet, and was looking for content to speak to each individual market.

Telling the right story — using UGC to focus on the emotion and experience, not just the attraction

Once she began looking more closely at the types of images people were sharing, however, Harasym realized that just about every Niagara attraction was marketing the Niagara Falls experience in a way that didn’t align with consumer priorities.

She, like others, had long assumed that it was the actual waterfall that brought millions of people from around the world to the destination each year, but that wasn’t what people were posting and engaging with on social media.

Harasym explains that every marketing team in the city was selling the enormity and immensity of one of the world’s natural wonders, yet the most popular images focused on the smiling faces of guests, with the Falls acting as more of a backdrop.

“This is something that is, for many people, a once in a lifetime experience,” she says. “We were always focusing on the Falls, not the experience and the emotion of the attraction.”

The revelation led Harasym to pursue a complete rebranding effort that changed the focus of all of Hornblower’s marketing content; putting user-generated content front and centre.

“[Before], it was more like ‘you need to be here,’ speaking about the physical location; now the tagline is ‘make more memories,' expanding on the idea that you come here to have this experience and take home these memories,” she says.

Measuring the performance of their website visuals with CrowdRiff Insights

The rebranding effort sought to showcase more authentic content that captured the attraction’s emotional experience. While Harasym knew user-generated content would be instrumental in that effort, she couldn’t fully quantify its impact until she was given the opportunity to try CrowdRiff Insights.

“Before Insights came out, it wasn’t as directly clear to me how I could credit CrowdRiff, it was more just looking at straight revenue, and how much the galleries were converting,” she says. “Now, it’s growing and evolving and getting deeper, and I can look at the actual specific images and see which are converting, and the time spent on each page.” 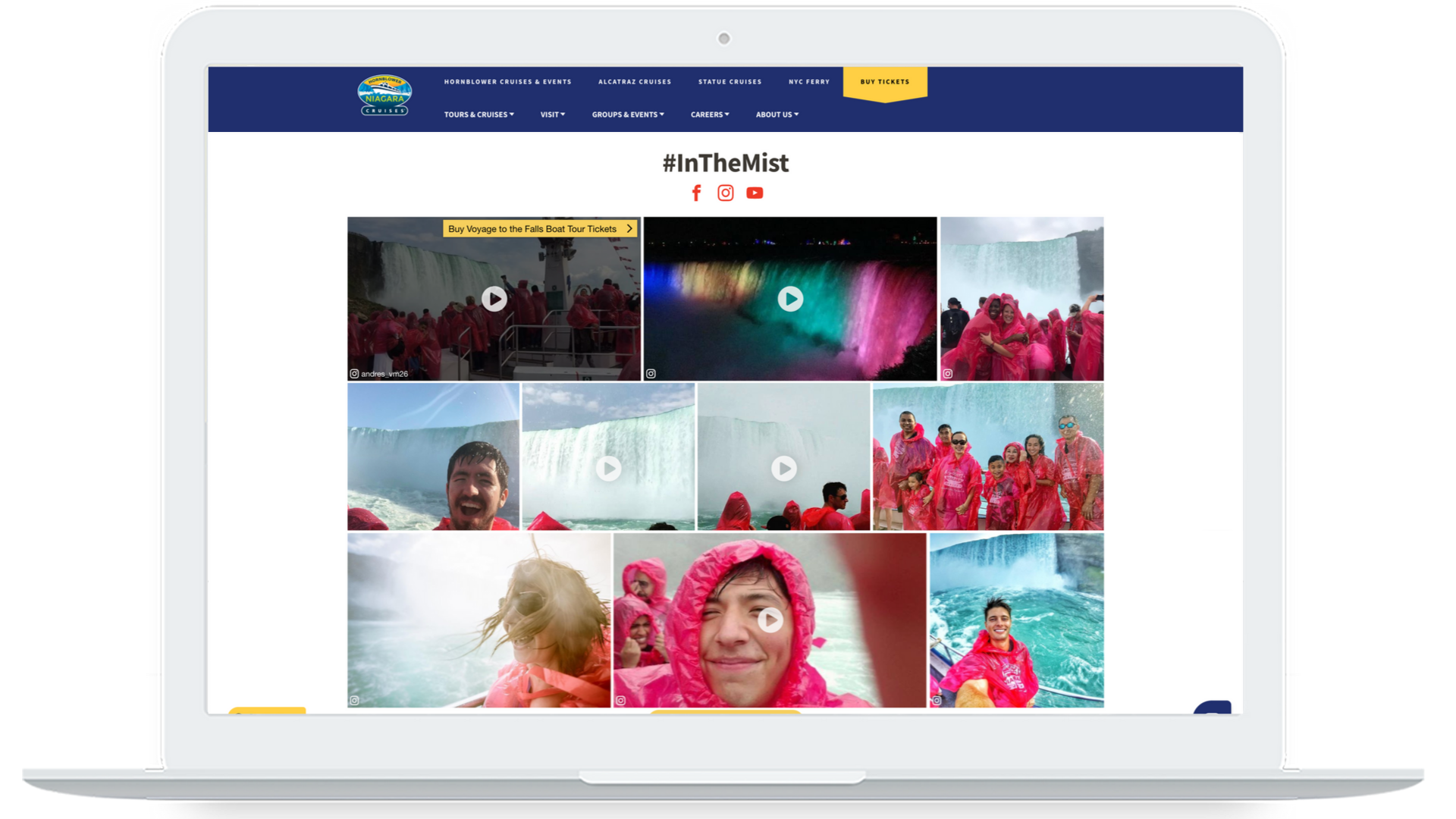 These insights, Harasym explains, helps her marketing team of three identify the content that leads to more conversions, and optimize each gallery accordingly. Once she gained access to CrowdRiff Insights, she had a clear case to make for the return on the time invested in optimizing UGC galleries.

“Almost as soon as I got Insights and started looking into the analytics in more detail, I almost immediately spent an entire day just going through the galleries and freshening them up,” she says. “When I saw the insights, what it told me was that these galleries were much more powerful than what I had been giving them credit for.”

One of the first insights she noticed was that users who engaged with a CrowdRiff gallery viewed twice as many website pages as those who didn't.

Plus, in the month of August alone, website visitors who clicked a CTA in a CrowdRiff gallery converted 3.77% more than those who didn’t. As time goes on, Harasym believes greater optimization of each gallery will make that gap even wider.

The insights also inspired Hornblower to significantly expand its user-generated content strategy, from social channels to just about anywhere they can post an image. Today, Hornblower uses UGC in billboards, TV ads, print campaigns, online videos, ticket screens, the ticketing plaza and in galleries throughout its website.

“We're now doing Polaroid walls that have images in them, kind of a collage of Polaroid photos featuring 100% UGC content as well,” explains Harasym. “There's even UGC content on the lamp posts on the street in front of our ticket plaza; it is everywhere.”