When Hotel X Toronto opened in downtown Toronto in March 2018, it joined a crowded market of luxury hotels with less name recognition and brand credibility than its competitors.

Though it’s part of the renowned Library Hotel Collection, which also has four boutique hotels in New York and one in Budapest, each location has its own unique property  name. Unlike competitors like The Ritz-Carlton, Shangri-La, Four Seasons, and Marriott’s St. Regis, Hotel X Toronto largely had to build its reputation in Toronto from scratch.

The challenge: building brand awareness in a crowded market

“We had to get our name out there and really grow our brand exposure in the Toronto market, without the luxury of people necessarily recognizing the name Hotel X Toronto on its own,” explains Shauna Whelan, the hotel’s Marketing and Public Relations Specialist.

As the newest resort-style hotel in town, however, Whelan says guests are excited to post and share their experiences on social media.

Hotel X Toronto features a rooftop pool that stays open throughout the winter, a three-level rooftop bar, Canada’s first Guerlain spa, a 90,000 square foot athletic centre, an art gallery and a cinema, to name just a few of its incredible amenities.

It’s also the only hotel located at Toronto’s Exhibition Place, in a neighbourhood that includes two major conference centers, a concert venue, sports stadium and popular events year-round, such as the Canadian National Exhibition (CNE). 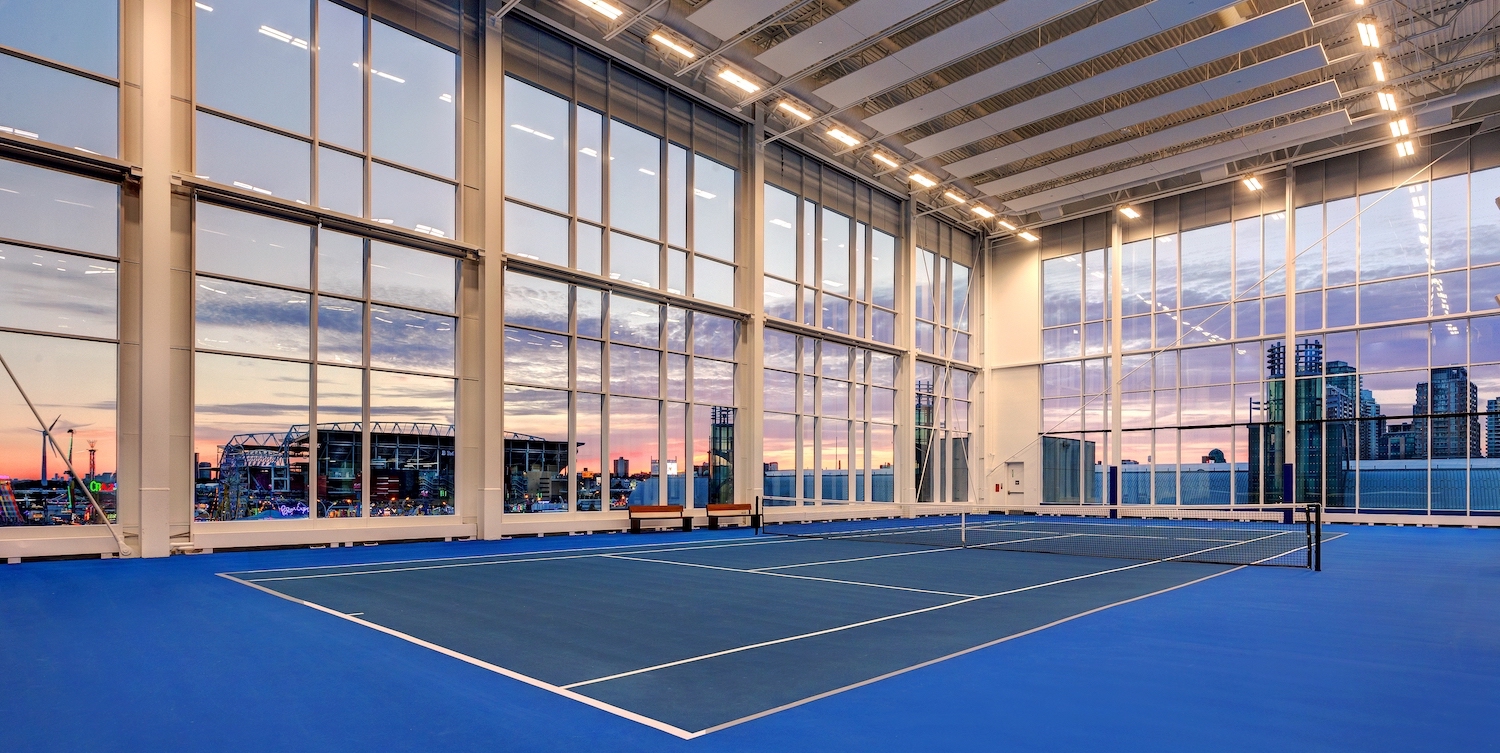 “Every morning, I would look at the hashtag #HotelXToronto, and then #HotelX, and  #FalconSkyBar,  I'd do the same for our restaurants, then I'd look for hashtags related to some of the local attractions in the area,” explains Whelan.

“I would do all of that manually on Instagram so I could source any photos that I think would be useful to us. I would then categorize them to repost on our own Instagram or use them in a blog post, but it was a lot of manual work that was time consuming.”

Using CrowdRiff to build a library of UGC, improve their ad strategy, and boost their social media presence

After months of manually managing social media activity, Hotel X Toronto signed up with CrowdRiff this past spring. Whelan says CrowdRiff has not only saved her time and energy, but also improved the brand’s user-generated content library, ad strategy, and social media presence.

“Having CrowdRiff track all of those hashtags through an automated process saves a lot of time, and it helps me have an overall view of everything that's going on within the hotel and local area,” she says.

“Using CrowdRiff to source images and share user-generated content not only helps us attract those who are already considering staying with us for a certain event, but it also helps us raise awareness to potential guests who may not realize how much goes on around us.”

Whelan says she first signed up with CrowdRiff to save time, create a social media content calendar, and source visual content to showcase the hotel’s wealth of amenities and the various events taking place in the area. Over time, however, she says her use of the platform expanded into other areas as well. 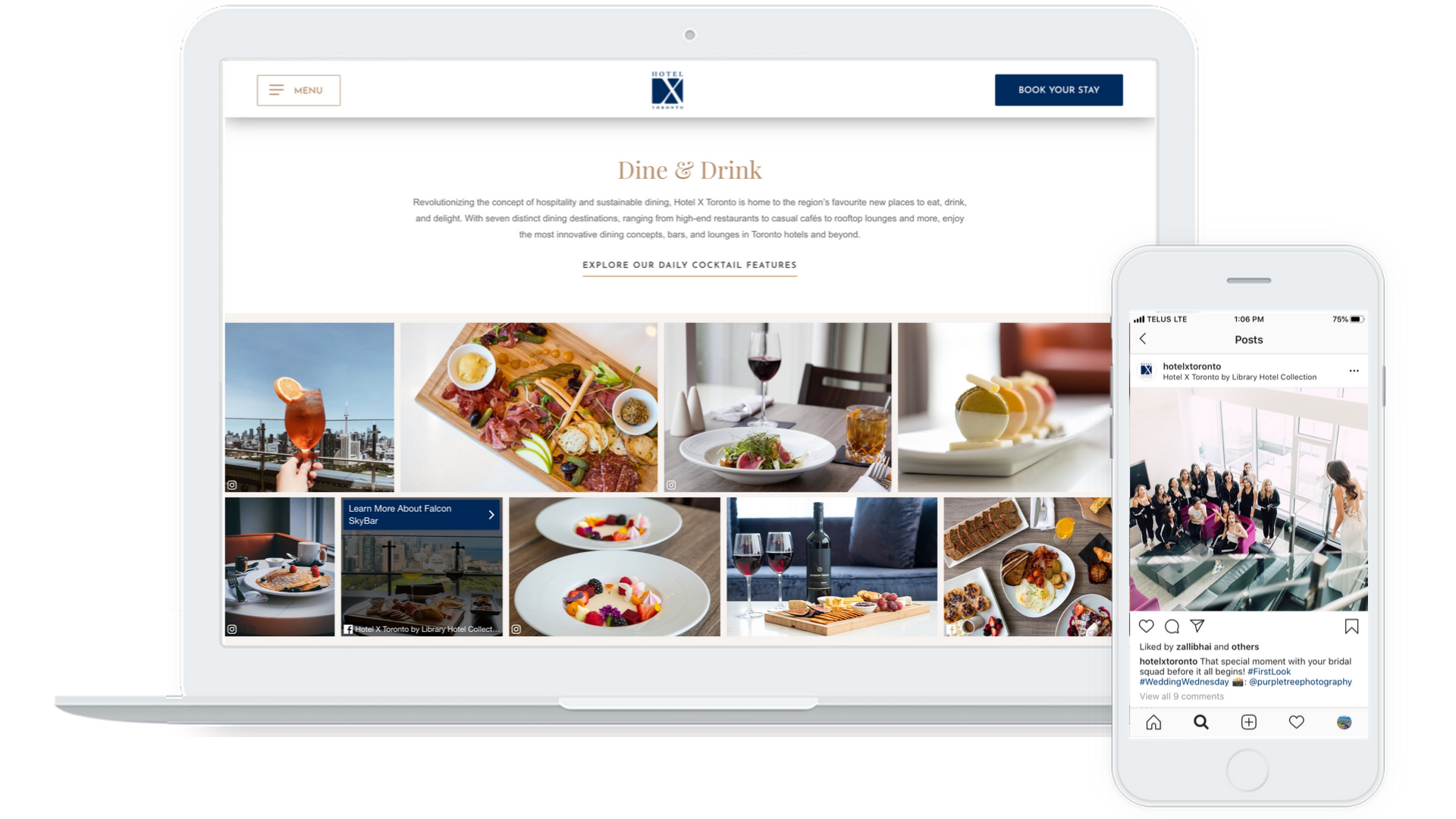 CrowdRiff has also helped Whelan identify photos that are likely to get reposted by accounts like Tourism Toronto and other large players in the local market, which has helped the brand significantly increase its social media reach and following.

“Over the summertime I would say our Instagram following definitely shot up, and I would also say that I can credit CrowdRiff for helping me source photos that are the most visually striking, resulting in new followers,” she says.

Though Hotel X Toronto is the newest player in a crowded luxury hotel market, Whelan says CrowdRiff has helped the brand showcase its biggest selling points, including its picturesque amenities and its unique location.

“We may not be right in the downtown core, like some of the other hotels in our competitive category, but our waterfront location and being the only hotel at Exhibition Place means we have a completely unique view of Toronto, space to offer resort-style amenities, and we’re surrounded by exciting events year-round,” she explains.

“CrowdRiff has really helped us highlight and promote what makes us different to our guests.”