While such iconic natural wonders have historically inspired adventure seekers and wildlife enthusiasts from neighboring states to make the drive, the would-be travelers from beyond driving distance often fail to appreciate the diverse characters and experiences that surround these attractions.

“While we are so blessed to have those icons in our state, I think the challenge is [showing] that there are a lot of other fabulous areas, and Wyoming is a very diverse landscape,” said Kristin Dialessi, the Brand Integration Senior Manager for the Wyoming Office of Tourism. “We want to show the diversity of our landscapes and our people beyond just the quintessential Tetons, Yellowstone, and American cowboy.”

Prior to 2015 Dialessi says much of the state’s marketing materials focused on showcasing those iconic landscapes and natural wonders, adding that they often lacked a more personal, relatable touch. Furthermore, while these specific landmarks are unique to Wyoming, travelers looking for outdoor adventures have plenty of other states to choose from, including nearby Montana and Colorado.

“The imagery in our campaigns was just a lot of landscape imagery, and in the last couple of years we’ve really shifted to more of the human element,” she said.

“Now you see people in all of the executions, and personal stories, and more recommendations on what these individuals love about the destination, or how it’s influenced their lives or their work.”

To help take them in this new direction, the Wyoming Office of Tourism hired a full-service agency of record based in Milwaukee called BVK in the summer of 2015. The goal, according to Dialessi, was threefold:

“Rather than just speaking somewhat generically about all of the outdoor activities here in Wyoming, we needed something we could truly call our own,” said Dialessi. “That’s where you see the birth of these That’s WY Stories, capitalizing on things that are truly Wyoming and Wyoming only.”

Tying in the traditional epic imagery with intimate stories

Soon after bringing BVK on board, the agency began production on a series of multimedia stories showcasing not just the unique landscapes of the state, but the unique stories of its residents as well. Each story is anchored by a two- to three-minute video profile supported by additional images, written stories, and behind-the-scenes content.

“This entire campaign is rooted in the creative concept of epic intimacy,” said Dialessi.

“We want to make sure we’re still showcasing our epic and iconic landscapes, and places that people already know about and can relate to, but then adding in an additional layer and making it extremely personal.”

As a result, the That’s WY campaign profiles a range of diverse local experts in iconic settings, such as mountain climbers, rope manufacturers, ranch owners, and dogsledders.

“The amount of people we have in the state that we could produce these stories on is endless,” she said, “so one of our challenges is actually to resist the urge to produce more and more and more, because eventually we need to shift more of our production budget towards media to get them out.”

The Wyoming Office of Tourism got to work on the That’s WY campaign soon after hiring BVK, shooting its first three videos in the summer of 2015 and launching the campaign in early 2016, promoting that year’s summer travel season.

Dialessi adds that the videos are typically shot in groups of three over an eight- to 12-day shooting schedule each summer, then edited over autumn and released in the winter. Thus far the campaign has produced nine feature videos along with supporting content.

“It is a truly integrated campaign, and so while we have these videos we also have 15- and 30-second cutdowns that we use for digital advertising for native units,” she said.

“For every video that’s produced, there’s also a long-form article and then on social media we’ve got snippets that come out, like interviews, we do a lot of follow-ups, behind-the-scenes information or itinerary suggestions based off of these stories.”

The stories can be found everywhere from YouTube and social media to email newsletters and digital ads. After more than two years of the That’s WY campaign, Dialessi says many of its initial goals have already been met.

“Incremental travel has continued to grow over the last few years as well, and that’s specifically people who have seen the advertising and were inspired to travel because of it. That’s a direct conversion, and that continues to increase.”

Dialessi also adds that national awareness has also increased steadily since the launch of the campaign. “Those indicators alone tell us the strategy is resonating.”

While Dialessi wants to continue showcasing some of the state’s most interesting characters and their stories, she knows that there’s enough content already available to switch the budgeting priority to distribution and promotion moving forward. Though shooting will be scaled back, she can rest assured knowing that the content has successfully created an emotional connection with viewers, something rock formations and mountainous landscapes could never do alone.

“It’s just that human connection, that’s what we’re really trying to provoke within people. Hopefully it will open their minds and inspire them to take a trip that’s slightly different than what they envisioned a trip to Wyoming would look like.” 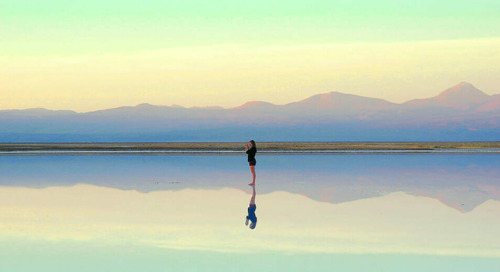 Before Chile’s national tourism service, SERNATUR, set out on its most ambitious video campaign ever, the d... 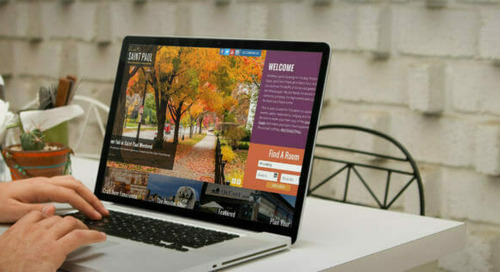 A well-designed website shows people who your destination is, and give them a taste of the one-of-a-kind ex...