The Wyoming Office of Tourism signed up with CrowdRiff to solve two difficulties. In the end, the platform solved a slew of other challenges that the office didn’t know they had.

Wyoming is known for its sprawling wilderness, unique topography, and world-renowned national parks, including Yellowstone National Park, Grand Teton National Park and Devils Tower National Monument. But, in a state that averages six people per square mile, those responsible for marketing Wyoming have a lot of ground to cover, including a lot of hard-to-reach places.

The challenge: supporting the content needs of every county with an outdated asset management system

With a mandate to support the content needs of visitor and convention bureaus from 23 counties around the state, as well as news media, tourism operators and its own marketing content, the Wyoming Office of Tourism had historically relied on a folder-based digital asset management system. It also had a separate service for acquiring user-generated content.

“We had a real issue with having to transfer all of those files and set them up in a folder-based hierarchy,” says Charles Lammers, the Creative Assets Manager at the Wyoming Office of Tourism. “We would find user-generated content on one platform, then we would have to download them and move them to our digital asset management system.”

Once transferred, however, content was difficult to find. Lammers explains that the folders were organized by region, but a reporter looking for something specific, like an image of bison in the wild, would have to look through each of the regional folders to locate it.

Lammers wasn’t really thinking about organization and search capabilities when he first approached the CrowdRiff booth at a conference; he was just looking for a way to save his DMO some money while fulfilling its mandate.

Switching systems sounded like a significant investment of time and resources, of which the Wyoming Office of Tourism had little to spare. The DMO had switched platforms before, and there wasn’t much enthusiasm to make another major change. Converting the sceptics into believers, however, wasn’t as hard this time around.

The Wyoming Office of Tourism's Media Hub in action. Users can find both curated social content as well as Wyoming's owned assets (shown).

“There were growing pains at first because we had switched platforms yet again, but over time we found that partners were finding it easier to use,” says Lammers, adding that the setup was also easier than anticipated.

“All-in-all, the process of us setting up the service was maybe a week total, whereas before it had taken us up to a month.”

Not only was the platform easier to use and simple to set up, but Lammers says the Wyoming Office of Tourism was able to save about five or six thousand dollars by using a single platform instead of separate UGC and media library services. Pretty soon, Lammers says they were discovering new features, use cases and other benefits that they hadn’t even considered.

“The search functionality is phenomenal,” he says. ”CrowdRiff's AI capability is very robust; if we click on that picture of a bison and click 'find similar images,' we're going to find other images of bison. Through our hashtag tracking on all of our assets we can find images easier, because the AI does such a great job.”

The results: greater usage and a 300% increase in content downloads and users

That ease of use has lead to greater utilization, both internally and across the DMO’s partner network. In fact, the Wyoming Office of Tourism intends to replace half of the stock imagery in its travel guide with user-generated content in 2020. Since adopting CrowdRiff’s Media Hub, Lammers says the platform has seen a 300% increase in downloads and users, largely because “CrowdRiff is so much easier to use.”

The DMO has even utilized the CrowdRiff platform to increase cohesion and camaraderie across their small team, which is spread out across a large building.

“We often miss the achievements that we have on different levels of our office, so we created a peer recognition board where people can use a hashtag specific to our office successes, and then we created a gallery with those that we can see internally through a webpage we have in the office,” says Lammers. “It’s been a great way to integrate our successes and give a shout-out to our coworkers. It’s been really helpful.”

Not only has the switch helped the DMO save time and money, it has also allowed them to acquire better imagery, and more easily share it with their partners.

“We have people who visit these amazing, remote locations; when visitors snap that photo and use our hashtags we can easily access those photos,” says Lammers. “It's helped us in a number of ways and overcome the challenges we had before. It's given us even more bonuses than we expected and helped solve challenges we didn't even know we had until we got CrowdRiff.” 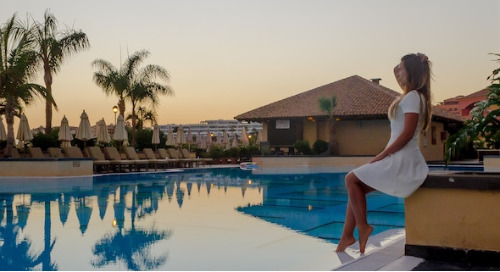 Whether you’re trying to improve the guest experience, drive efficiency and profitability, and stay ahead o... 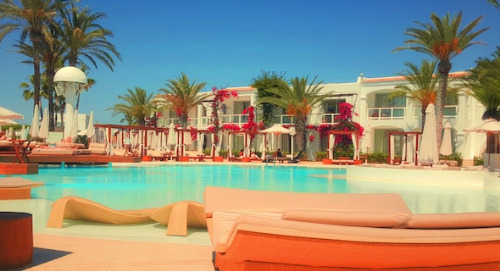 No matter if you’re an international chain or independent property, your job is to ensure guests have an am...

Thanks! You'll be hearing from us soon
Error - something went wrong! 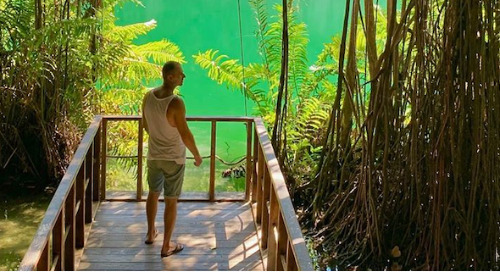 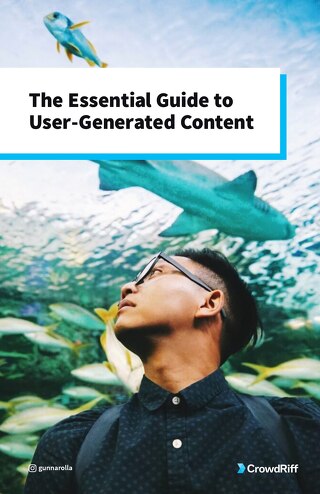 Every day, people visiting your attraction are sharing their photos online. Learn how leading attractions like Dollywood are using this user-generated content (UGC) to drive ticket sales. 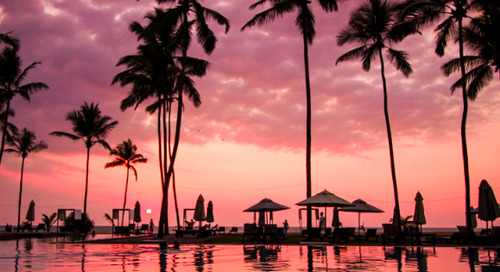 5 Ways Resorts & Hotels Can Use CrowdRiff to Drive Direct Bookings

User-generated content can be one of the most influential and effective ways of turning a researching traveler into a guest. Here are 5 ways CrowdRiff can help with that. 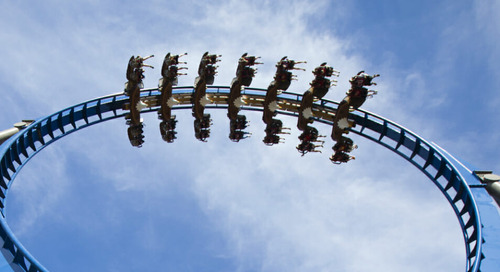 How Dollywood Drove $90,000 in Ticket Sales with CrowdRiff Galleries

Dollywood is an attraction that means many different things to many different people. The iconic destination is home to a theme park, waterpark, two dinner theatres, a luxury resort and spa,... 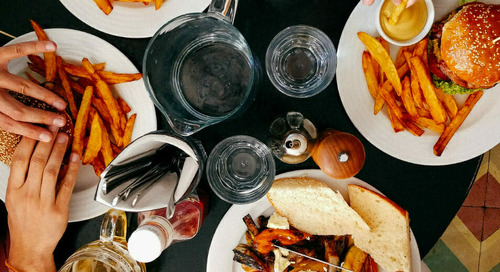 From the Indy 500 to the world’s largest children’s museum, the capital of Indiana has its fair share of popular venues. Visit Indy’s budget for promoting these attractions, however, hasn’t... 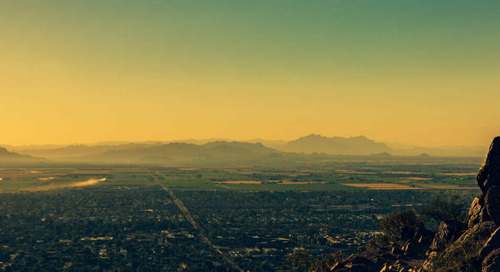 We recently chatted with Chad Hays and Julia Hill of Visit Phoenix about how they updated their website with user-generated content (UGC) to create a better experience for web visitors. After... 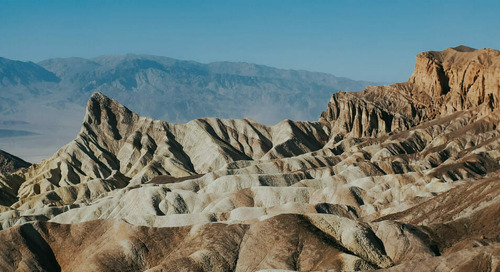 Nestled between the mountains of the Sierra Nevada desert, near California’s eastern border lies the town of Bishop, known to many as the gateway to a myriad of outdoor activities in the... 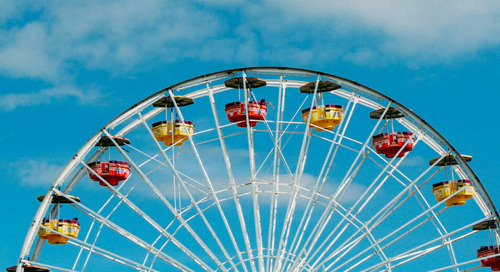 When someone’s browsing your website and sees a photo that sparks their interest… what happens next? Are they presented with a clear option to buy tickets right then and there – or do they just... 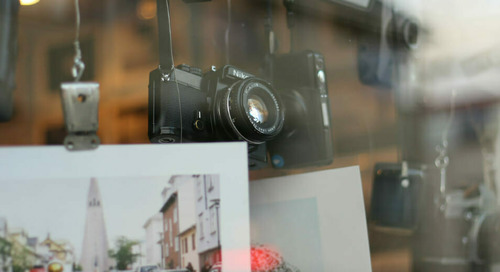 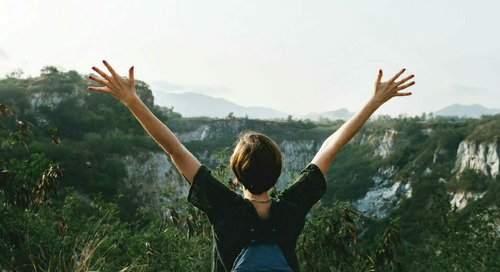 As a savvy destination marketer, you’ve likely spent many hours building out your tourism marketing strategy. You’ve compiled data, vetted all the info, and polished your online strategy and... 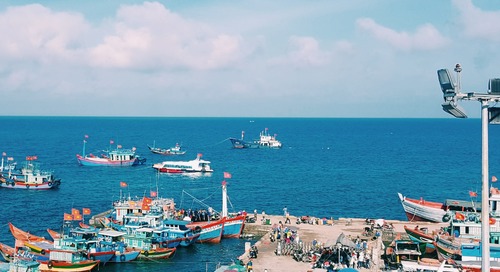 A DMO’s Guide to Measuring the ROI of Social Media

It’s one thing to know that social media is important to your organization, but it’s another to be able to explain why. Good social media marketing means getting up close and personal not just... 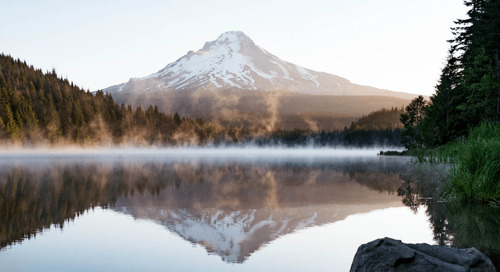 In 2015, when the U.S. Travel Association’s Educational Seminar for Tourism Organizations (ESTO) included a session analyzing the industry’s top travel websites based on site speed, it served as a... 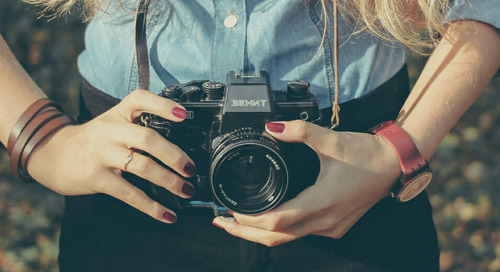 These days, marketers everywhere are finding they need more and more visual content for their marketing. But as a destination marketer, getting all the visual content you need can be a challenge.... 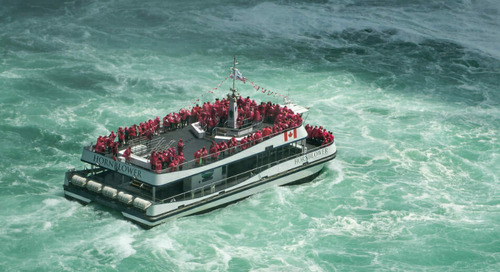 Visuals can inspire new guests to visit your attraction – especially if you showcase a mix of user-generated content (UGC) and branded visuals. However, one of the biggest challenges attractions...