Kyri Paterson was raised by powerful women, and aspires to be a boss herself one day.

Her mother was a CEO, her close family friend was head of emergency care at a local hospital, her godmother earned enough to retire early and travel the world, and her grandmother is a strong woman with even stronger opinions.

Being surrounded by powerful women gave Paterson the confidence to believe she could accomplish anything, but failed to prepare her for the sexism she would encounter along the way. “I didn’t understand sexism existed until I was in university, where I was in a male-dominated class,” she says.

After studying system design engineering with a specialization in mechanical and industrial metallurgy Paterson realized she was headed in the wrong direction, and pivoted towards machine learning. “Frankly, I didn’t want to work with old white dudes the rest of my life,” she says.

After struggling to find work in her new field Paterson pivoted once more to backend development, and started working for a start-up. Her official title was lead engineer, but she refers to her role as a “technical Band-Aid,” “floater” and “lone wolf.”

While she enjoyed the start-up life Paterson was looking for the management experience that would bring her one step closer to founding a company of her own. So when a stranger reached out on LinkedIn and asked her to apply for a technical lead position at CrowdRiff this past July, Paterson was immediately interested, even though she had never heard of the company before.

“I reached out to some people I know, and one of my marketing friends said they had been keeping CrowdRiff on their radar for a while looking for the right position to apply, so clearly this was a place people wanted to be,” she says.

What sealed the deal for Paterson, however, was her first conversation with the company’s CTO and co-founder, Abhi Ajgaonkar.

“I asked him some hard questions, and he was always frank and honest with me, and visibility is very important to me,” she says. “Coming from somewhere that had very little structure, having that clear structure and open communication was a big seller for me; everyone knows what their job is.”

Paterson was on-boarded remotely in September, and was pleased to discover that the open and transparent culture wasn’t just a recruiting tactic, but part of the company’s DNA.

“It's not that companies misrepresent themselves intentionally, but a lot of people won't come as they are, or will gloss over details,” she says. “There are also some that flat out lie to make the company sound better in ways that are verifiably untrue when you get in.”

That was not the case at CrowdRiff, where Paterson says the company’s commitment to openness, diversity, and inclusion was plainly visible from day one.

“CrowdRiff has been really great about that; there seems to be a genuine passion for diversity,” she says. “My team is 50% women, which is a pretty good ratio to me, and there are women in all positions across the company.”

But it’s not just gender and ethnic diversity that makes CrowdRiff a great place to work. Paterson says she also appreciates the diversity of skills and experiences that her new colleagues bring to the organization.

“There’s a lot of hires that come out of boot camps; people that have had previous walks of life and experiences that are really valuable, and have transitioned into a development role,” she says. “Now we have people, often women, with crazy experience from other domains, not just fresh from university, and that contributes to the diversity, skills, and life experiences we have here.”

Within two weeks of her new job Paterson says she had already drafted an architectural solution to one of her team’s major technical issues. “We’re actually going to be building that out, starting in a week,” she says. “Right off the bat my influence, my skill, my experience was respected and understood.”

Though she’s got a lot of work ahead of her, Paterson says she’s excited by the opportunity to help her team develop CrowdRiff’s newest product, the Story Network.

“One of the most exciting things about the product is that we’re working across all fields, we’re truly a full-stack product,” she says. “We get to work with really interesting designs and integrations.”

While she still plans to found her own company one day, Paterson says she’s not leaving CrowdRiff anytime soon.

“I would definitely recommend working for CrowdRiff, especially for people who have been in the start-up space before,” she says. “There's structure, there’s clarity, there's a high quality of product, active mentorship, learning, and your opinion and your work really does matter.”

To learn more about the company’s values, culture, mission, and to explore available job opportunities with CrowdRiff, please visit crowdriff.com/careers.

What could have been the beginning of the end for CrowdRiff and others in the industry offered a unique opp... 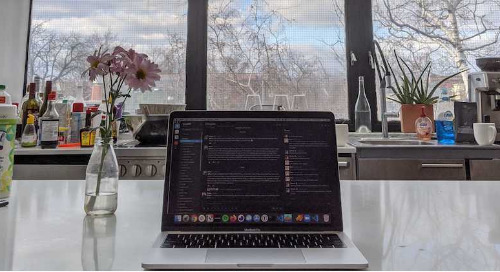 How We’re Adjusting to Remote Work at CrowdRiff

In less than 48 hours we went from being 100+ people in an office in Toronto to a distributed team working from home. Here’s a list of what (we think) is unique, and what’s been working well for us. 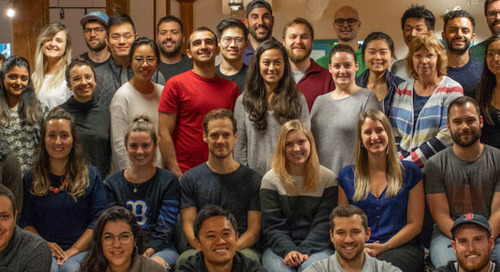 CrowdRiff has been named one of Canada’s Top Small & Medium Employers for 2019 by Mediacorp Canada Inc. 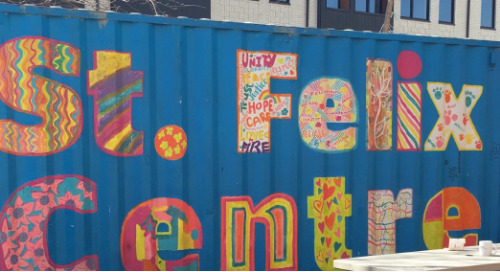 CrowdRiff's latest community outreach initiative is in partnership with The St. Felix Centre. It's important to us that we give back to our community in a way that aligns with our mission and values. 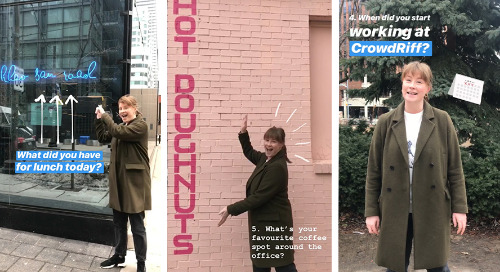 Meet Emily, our AR Specialist! Get to know her more (and learn about her time at CrowdRiff) in our latest episode of 10(ish) Questions with a CrowdRiffer. 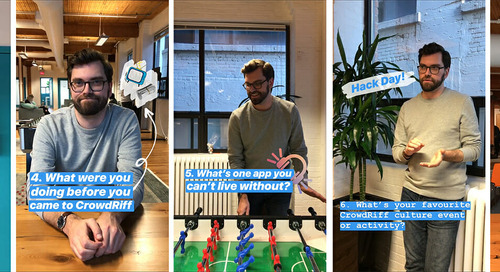 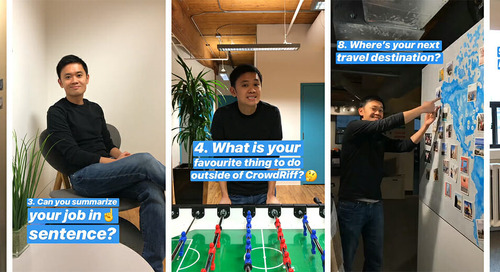 10(ish) Questions with a CrowdRiffer: Leo, VP of Customer Success 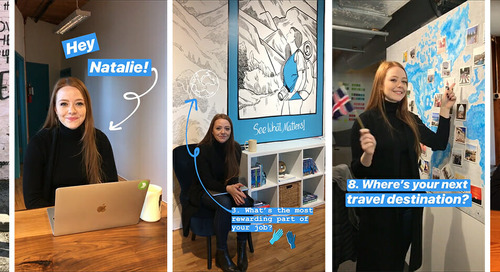 Meet Natalie! Natalie has been working at CrowdRiff for just over a year as a Tourism Partnerships Manager. When she’s not at CrowdRiff, Natalie loves music, going to live shows and salsa dancing!... 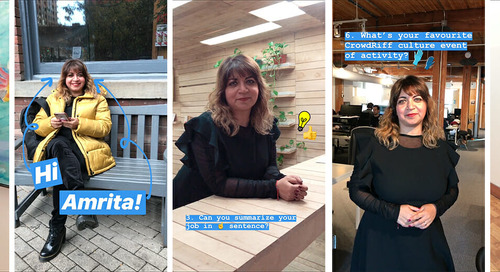 10(ish) Questions with a CrowdRiffer: Amrita, VP of Marketing

Meet Amrita! Amrita has been working at CrowdRiff for over 2 years as the head of the marketing team. Amrita leads a team of 9 (and counting!) and ensures people get excited about seeing the... 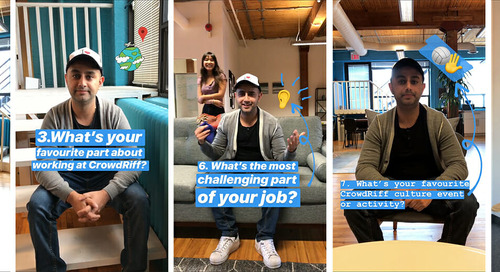 Meet Ankur! Ankur has been working at CrowdRiff for 2 years. He started as a Business Development Representative and is now working as an Account Executive. When he’s not working with destinations... 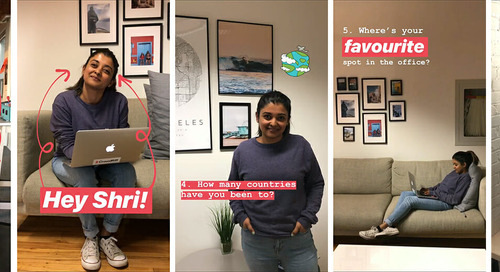 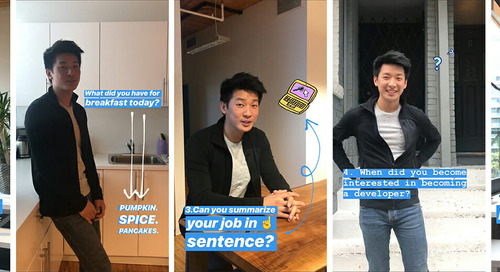 Meet Stanley! Stanley joined CrowdRiff in June 2017 as a Back-End Developer. Stanley studied biochemistry for most of his undergrad. When he found an interesting problem that could be solved with... 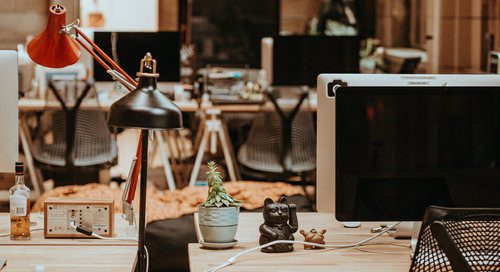 I’m thrilled to share that CrowdRiff has been recognized as a 2018 Best Workplace for Millennials. This award is especially meaningful because it is based on direct feedback from our employees... 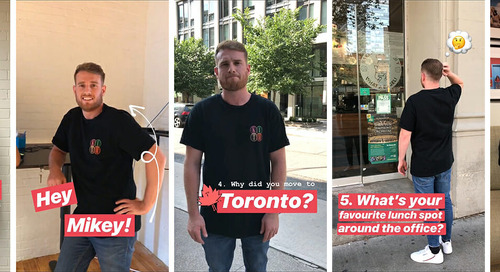 Meet Mikey! Mikey moved from Wellington, New Zealand to Toronto just two years ago. He joined CrowdRiff one year later as a Business Development Representative.   When he’s not working with... 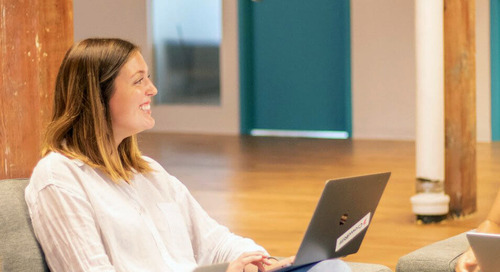 CrowdRiff is proud to announce that our team has been named on the 2018 list of Best Workplaces™ in Technology. We received this honor after a thorough and independent analysis conducted by Great... 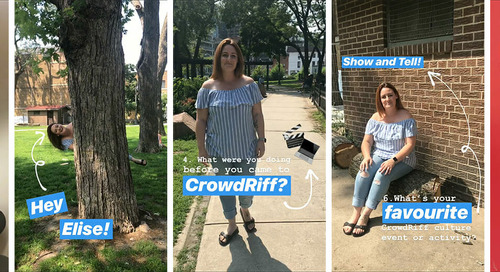 10(ish) Questions with a CrowdRiffer: Elise, Director of Customer Success 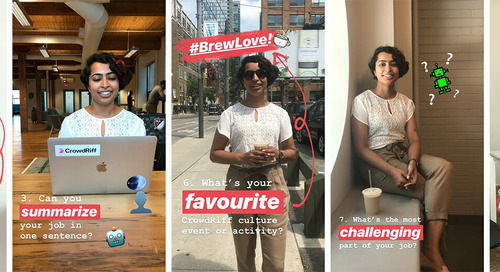 Meet Aman! Aman joined CrowdRiff as our Data Scientist in January. Aman works with machine learning models to mimic human behaviour, which then makes CrowdRiff easier to use for everyone! Get to... 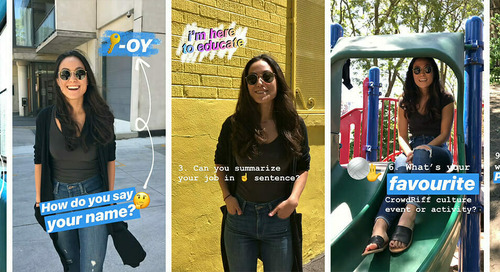 Meet Kiyoye! Kiyoye joined CrowdRiff as our Product Education Manager in February, creating knowledge base content for customers, to help them make the most out of CrowdRiff. When she’s not... 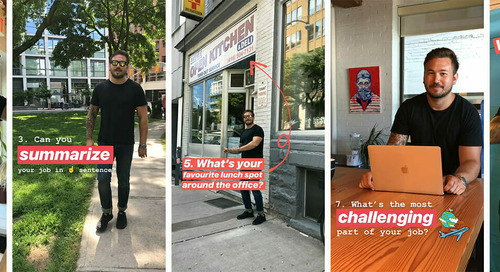 Meet Jarrett! After working in sales for 14 years, Jarrett joined CrowdRiff this April as an Account Executive. When he’s not working with destinations around the world, he moonlights as a... 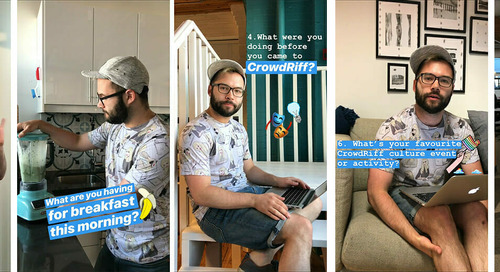 He’s the original ideator behind our weekly Salad/Sandwich Club…  owner to a magnificent dog named Samson… and our wittiest Slack participant — Meet Garrett! Garrett has been with CrowdRiff for...