4 Styles of Visual Stories to Inspire Your Visitors

Maybe you watched the Da Vinci Code the other day, and suddenly have this huge impulse to travel to Paris. Or watched Lord of the Rings and have this insatiable desire to see New Zealand.

Visuals have the power to instantly capture attention and hold on to it. Savvy marketers like you and I know the value of having an excellent visual strategy.

But simply displaying photos of your destination (no matter how beautiful!) and using inspirational quotes (on top of stock photos) aren’t enough to win over your audience.

The best visual strategies tell a story — one that stays with the reader, and keeps them coming back for more. It’s like the way a movie’s story might entice you to visit where it takes place.

So how can you, as a destination marketer, create this kind of experience for your audience?

Here are some of our favorite ways we’ve seen brands captivate their audiences, through the power of a beautiful visual story.

I’m sure Humans of New York is no unfamiliar name. HONY started as a blog by ex-finance guy Brandon Stanton, who left the rat race with the goal to photograph 10,000 New Yorkers and share their stories.

HONY’s visual story typically features one person or couple, with a quote. It might be just two quick lines — i.e. a smiling couple saying, “I was a bartender,” and, “I was drunk” — or sometimes it’ll feature as a series of long-form stories, that dig into the lives and backstories of seemingly ordinary people.

These visual stories have built HONY into an empire, boasting 18 million likes on Facebook, 5.7 million followers on Instagram, and multiple bestselling books. The profile piece visual story is the story of a human being, and that resonates with people.

The City of Hamilton in Ontario, Canada wanted to attract more visitors by changing its image as an industrial city to a nature lover’s haven. Overshadowed by its nickname, the Steel City, what a lot of people didn’t know about Hamilton is that it’s home to a number of very beautiful waterfalls.

When a local decided to personally document photograph of the waterfalls and turn them into a poster series, he completely changed the game. His project became a website, City of Waterfalls.

The city began to promote its waterfalls, and people started posting pictures of themselves hiking and enjoying the natural scenery around the waterfalls.

And the results? Hamilton is now combating overcrowding in some of its more popular spots — a relatively happy problem.

This is the story that’s told through chronological photos, like a business coming to life, for example. Great linear visual stories show an evolution or progression from start to finish.

One of the best examples of this kind of visual story is the New York Times Vows column. They tell the love story of a recently wed couple through a series of photos and captions. The photos paint the picture of their wedding day, and the captions tell the story of how they met and fell in love.

If you have a mascot, take advantage of its charm in your visual story. Take Travelocity’s gnome, for example.

The story of the gnome started small. Their commercials featured a man looking for his garden gnome who was lost somewhere in the world. The charming, tongue-in-cheek nature of the campaign got a hugely positive responses.

Then in 2006, Travelocity brought the search for the gnome into the “real world”, by hiding 20 gnomes a throughout Gaylord Palms Resort & Convention Center in Florida. They made a game out of it, and guests were encouraged to find the gnomes to win a cruise to Alaska.

So this regular old garden gnome became the de facto mascot for the brand, inspiring thoughts of travel, fun, and good humour whenever spotted.

Visual stories have the power to captivate and connect people emotionally

It’s why after watching a movie that takes place in a particular place, you’re more inclined to visit. There’s a story you like that’s connected to that destination.

Any destination marketer or DMO can do it easily, and we hope you’ve been able to get some inspiration from these 4 examples.

Want to get visual marketing tips sent straight to your inbox? Stay on top of your game by signing up for our our bi-weekly newsletter! 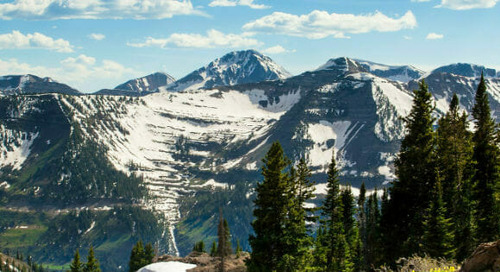 Colorado is a destination that’s bursting with pure and natural beauty. If you’ve ever been to Colorado, yo... 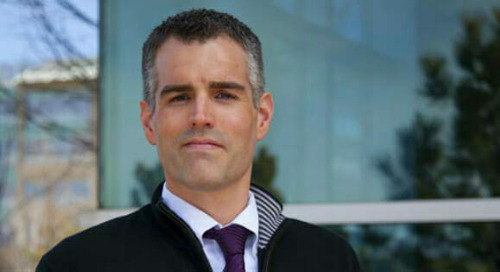