For destination marketing organizations around the world, rebuilding tourism numbers following the COVID-19 pandemic has been an incredible — and sometimes seemingly insurmountable — challenge to say the least.

But for the Croatian National Tourist Board (CNTB), one advantage that’s helped them continue to promote their destination to travelers far and wide has been the use of user-generated content (UGC), especially when it comes to launching successful social media marketing campaigns.

Most recently, the CNTB saw tremendous success with its #CroatiaWinterWonderland campaign - here’s a snapshot of the results:

The campaign, designed to promote winter travel to Croatia across 13 different European markets, launched in November 2021 and ended in early January 2022. It included a number of different creative assets and giveaways to keep travelers engaged, excited, and ready to travel to Croatia in the winter and beyond, and it relied heavily on user-generated content that was sourced primarily through CrowdRiff.

The pandemic introduced a specific set of challenges in launching a winter marketing campaign, says Lucijana Jerkovic, global PR lead for the CNTB. Leading up to the 2021-2022 winter season, she says the CNTB had every intention of building upon the past few years of marketing and renown that Croatia, and particularly Zagreb, had built as a destination for Christmas markets.

But COVID derailed their original plans. “The winter brought more restrictions to more markets, and booster shots, etc., so all of our plans of having a really nice Advent campaign, or a call to action to come visit, turned into something we couldn’t really capitalize on,” Jerkovic recalls. Press trips were canceled and the CNTB wasn’t able to rely on an outside agency for help. So they started brainstorming in house, and decided to invest in a UGC-focused campaign.

Photo submission from the #CroatiaWinterWonderland campaign

“We decided we would go with ‘Winter Wonderland’ because we could do a lot of visual communication with Croatia during the winter period without having to focus on bringing everybody to the market; it was more of building an awareness of Croatia being beautiful year round.”

Giveaways were added to the campaign to keep travelers engaged, even if they were homebound for the moment, and stunning visuals sourced from CrowdRiff kept them inspired.

“CrowdRiff really helped in that respect as far as choosing visuals because you can’t really create new visuals,” says Jerkovic. “So we relied on people who were posting or even if they were older photos, it was great to have that collection of materials to use.”

With CrowdRiff, she says it’s particularly easy to find similar images and visuals in real time. CNTB’s social media manager used CrowdRiff to source similar images to create Instagram carousels and other pieces of social media content for the campaign, as well as on a daily basis for CNTB’s regular social media posts.

In the leadup to Christmas, the CNTB launched a giveaway with prizes on Facebook for five days across 10 different markets; they included two goody bag prizes for each day and a trip for two to Croatia on the final day. In total, the CNTB received more than 3,100 entries across all markets. 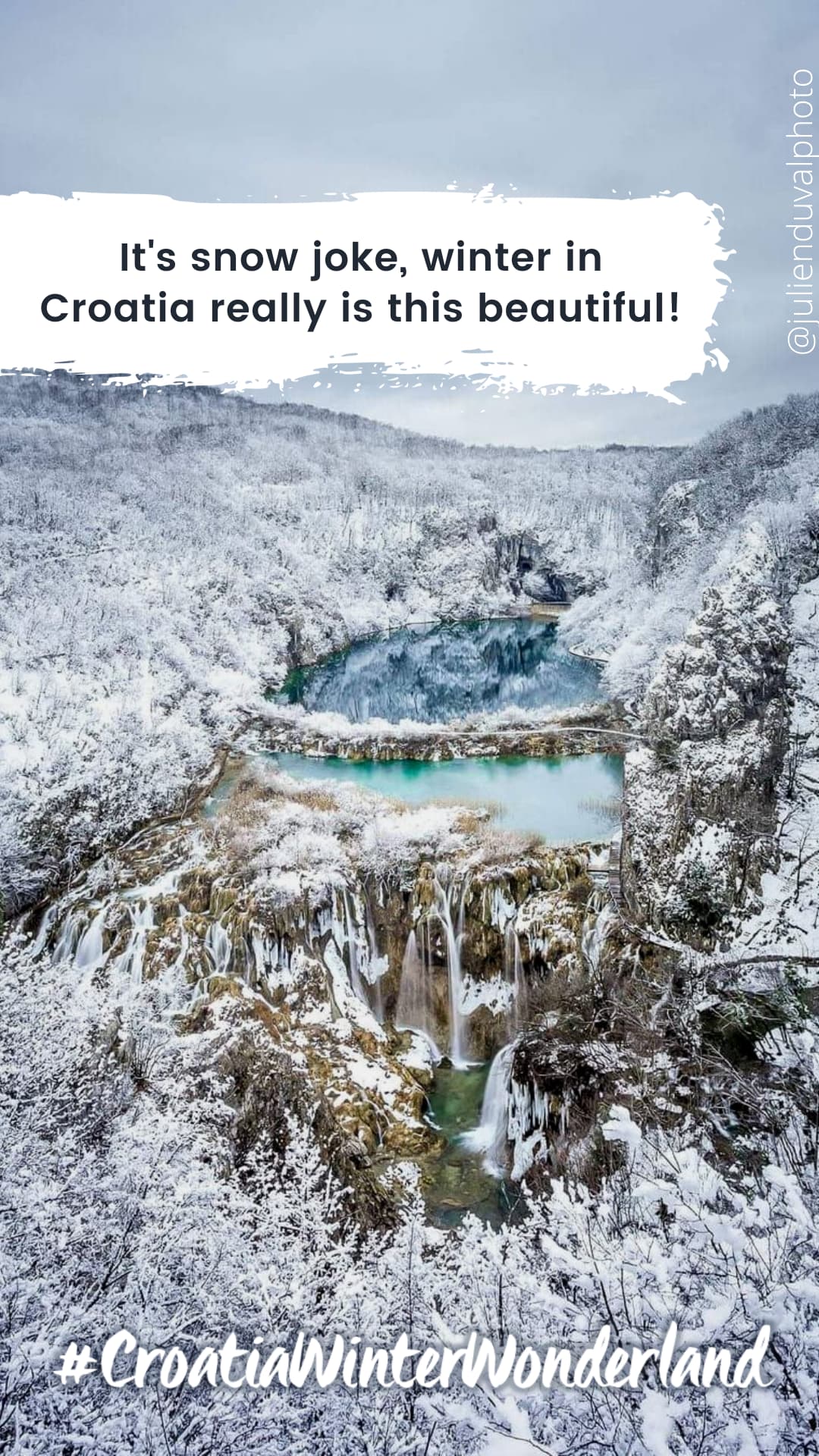 This isn’t the first time the CNTB has seen success in using UGC for its marketing campaigns — and it won’t be the last.

In 2020, to promote tourism for markets that were not necessarily within driving distance, they had a UGC-heavy campaign called “Enjoy the View,” and they even launched a separate Instagram account for it. “We had the view from a restaurant, from a boat, from a hotel terrace, from the beach, from a private accommodation; everybody was sharing their views of the country,” says Jerkovic. “It worked well because it gave us something to communicate to markets that weren’t easily able to travel.”

Jerkovic believes that campaigns like this, and using UGC to keep Croatia top of mind with travelers, helped the country maintain relatively strong tourism numbers, despite the pandemic, and without having access to huge tourism marketing budgets. In 2020, she says, the country still retained 50% of the overnight stays that they had in 2019. And in 2021, they were able to have 70% of overnight stays that they had in 2019.

Jerkovic says that the CNTB intends to rely on UGC for its upcoming domestic marketing campaign this spring to #ExperienceLocal, especially to supplement videos produced by the CNTB. And even when they’re not focused on a specific campaign, she says that 95% of the CNTB’s Instagram posts rely on UGC that’s sourced via CrowdRiff.

The value and strength of UGC, Jerkovic believes, lies in its authenticity and the fact that it’s in real time. “It’s not something that’s been staged. It’s not something that a production company or a creative agency has gone out and photographed for the purpose of a campaign. It’s from a real live person that isn’t a destination marketing organization that caught a moment. And that moment becomes something that we want to share.”