Many destinations looked to the 2SLGBTQ+ (Two-Spirit, Lesbian, Gay, Bisexual, Transgender, Queer, plus other identities) community as the first group they expected to come back once pandemic travel restrictions began to ease. Their high propensity for travel that’s worth more than $218 billion globally, according to Out Now, has in many places been the lifeline that’s helped tourism businesses stay afloat.

Take 9/11 and the 2008 global financial crisis – when tough times strike, 2SLGBTQ+ travelers have always proven to be the most resilient to get back to exploring the world.

Given that 92% of these travelers in the United States have their COVID-19 vaccinations, according to a 2021 survey from the Human Rights Campaign, and 80% have a passport, according to a 2021 survey from the International LGBTQ+ Travel Association, it makes sense that this group is ready for an adventure, and many destinations have reported that they’ve seen large numbers of 2SLGBTQ+ travelers returning.

It probably goes without saying that these travelers don’t only travel during June, which is recognized as Pride Month in several countries including the U.S., Canada, and the United Kingdom. They expect to be welcomed year-round and that’s why destination marketing organizations (DMOs) need to be “always on” with their outreach to the community.

But since it’s Pride Month, the anchor of the 2SLGBTQ+ calendar, we thought it made sense to run through some ways that will make this traveler community feel welcomed regardless of when they visit and how your destination is perceived within the community. And, with a pandemic disrupting Pride and other 2SLGBTQ+ travel for a couple of years, you could probably use a refresher on how to market to this community or get started if you already haven’t!

Many 2SLGBTQ+ travelers, and particularly gay men, are overwhelmingly portrayed with a youthful, white, cover model aethestic that isn’t at all representative of the entire community. Don’t fall into these same stereotypes in your marketing. Research your visitors from the community to get some helpful demographic information that will help inform how you should create inclusive campaigns.

Community Marketing & Insights, a U.S.-based 2SLGBTQ+ research company, surveyed more than 15,000 2SLGBTQ+ U.S. adults in July 2021 and found that 23% of respondents were parents, which is in-line with a larger trend within the community of multigenerational travel.

Don’t assume that this community is only interested in bars, clubs, and partying. Sure, those things are a big draw in some destinations! But this community also cares deeply about connecting with local cultures and making lasting friendships, and values sustainability (both with the environment and supporting local communities).

Tip: use gender pronouns (he/him/his, she/her/hers, they/them/theirs) whenever someone is introduced in your content who is representing the destination or brand to show that you never assume anyone’s gender identity.

If you’re trying to build your 2SLGBTQ+ audience from scratch, working with publications specifically serving the community are great places to start to gain some name recognition.

Tip: engaging these publications could lead to longstanding content partnerships. Partnerships and good relationships with editors will elevate your brand’s storytelling by identifying 2SLGBTQ+ influencers and creators both within and outside your destination that can help you tell your brand’s story in an authentic way to this community. 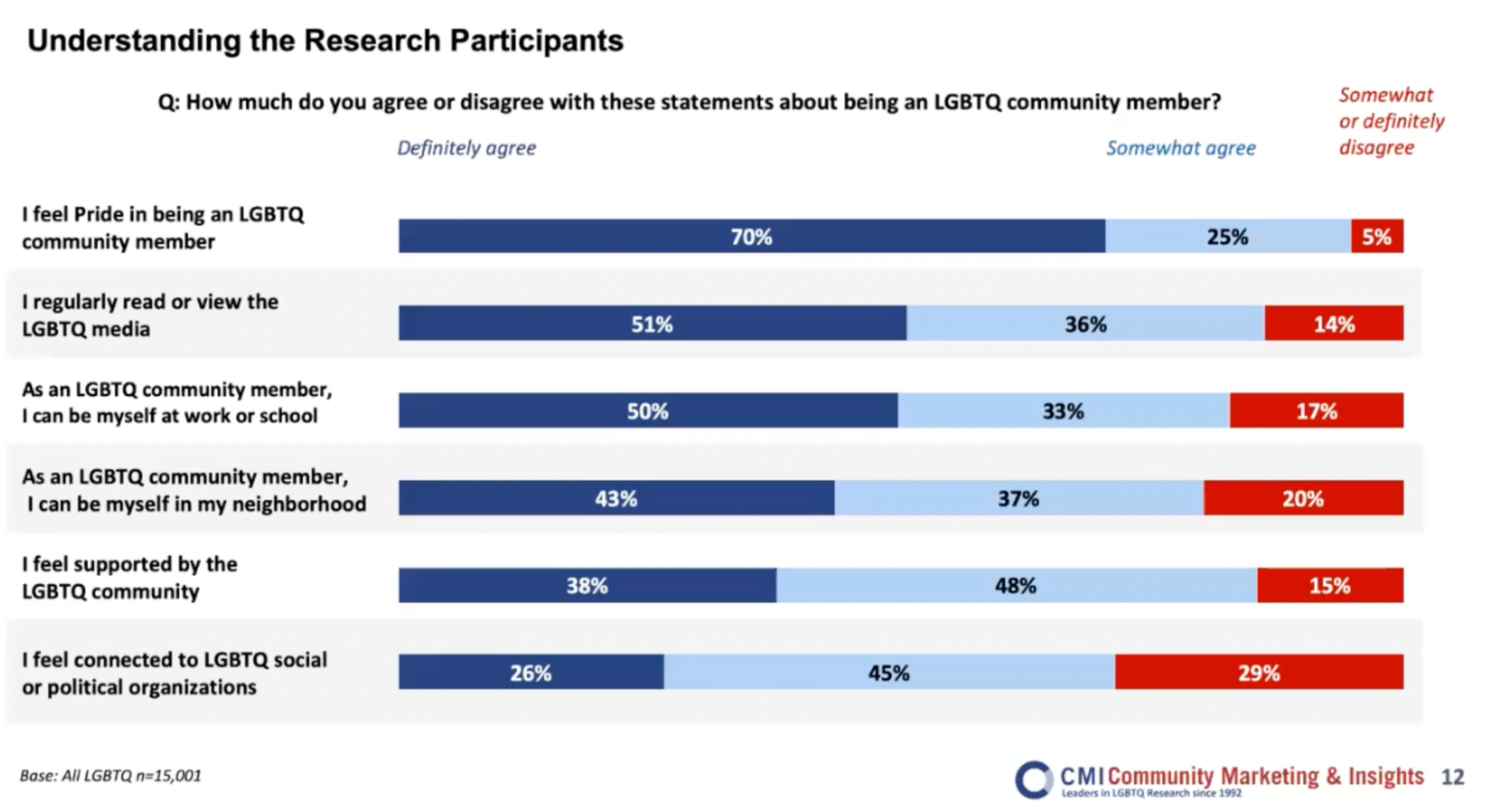 Recognize important days within the community

Recognize and celebrate occasions such as National Coming Out Day on October 11, Transgender Awareness Week in November, International Trans Day of Visibility on March 31, and International Day Against Homophobia, Transphobia, and Biphobia on May 17.

These dates alone show how there are so many important days to the community beyond June, and your calendars should be marked if you're serious in showing that you care.

Tip: your community may not have any events celebrating or recognizing these occasions, and that’s ok! Just sharing a message on your social channels acknowledging the occasion and your ongoing support for the community goes a long way, and also an opportunity to repurpose old content that may be relevant to a particular group that the day is recognizing.

Take a stand against discrimination

Unfortunately, while progressive laws continue to advance 2SLGBTQ+ equality around the world in areas like same-sex marriage, workplace protections, and recognition of different gender identities, some governments have moved in the opposite direction. In short, the community still has a long way to go and your job as a DMO is to help them feel celebrated while they travel.

Florida’s “Don’t say gay” law is one of the most recent discriminatory laws that has caught the community’s attention and caused uncertainty and worry over whether 2SLGBTQ+ travelers were still welcome in the state.

Fort Lauderdale, which welcomed more than one million 2SLGBTQ+ travelers per year before the pandemic, knew it had to act fast to reiterate its support for the community and continue to market itself as one of the most welcoming destinations for the community. Visit Lauderdale’s new “We Are” campaign portrays the diversity of the destination and the visitors it welcomes, and tells travelers that discriminatory laws passed in the state don’t reflect the destination’s inclusive culture. 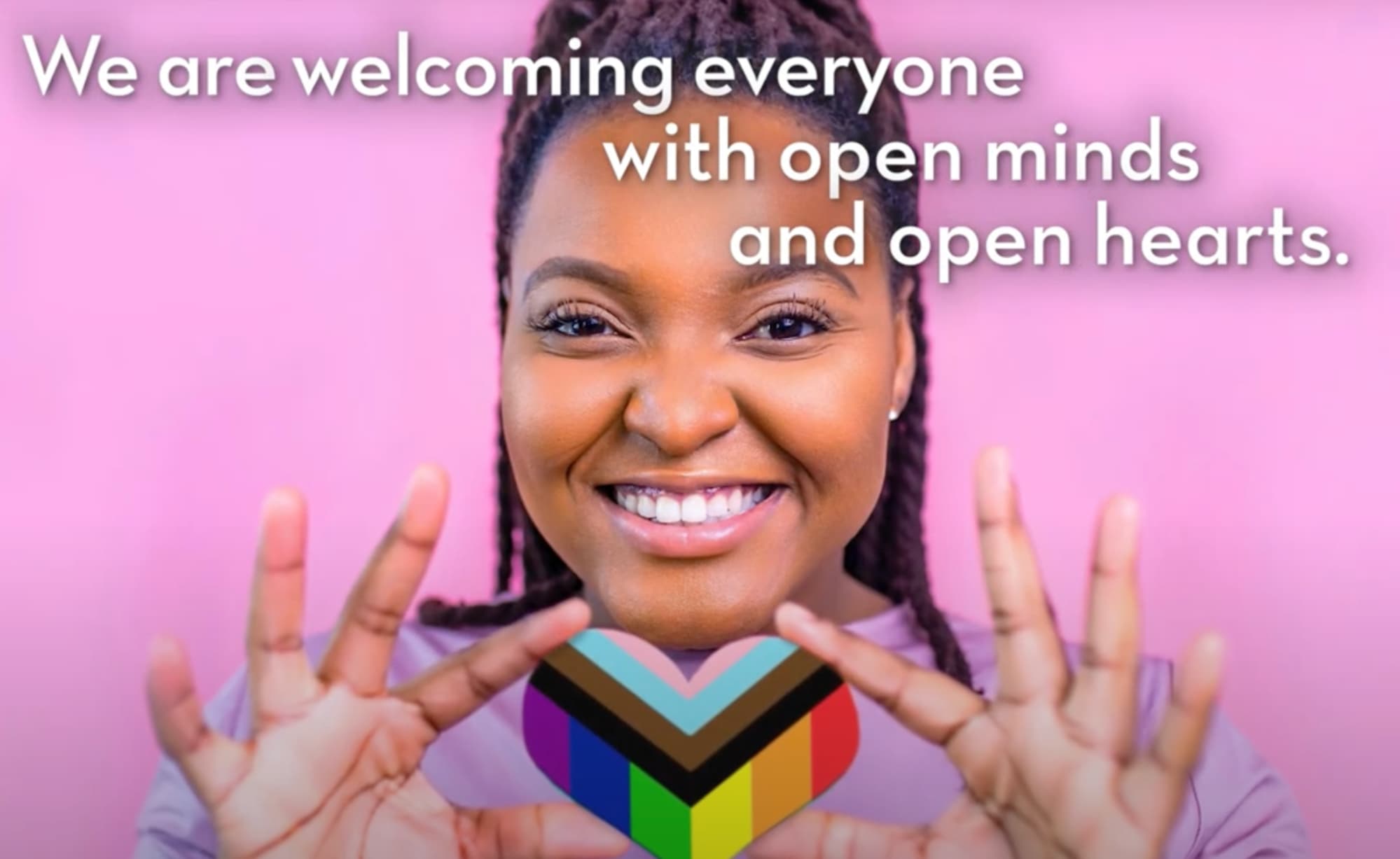 *Screenshot from Visit Lauderdale’s “We Are” video.

The 2SLGBTQ+ community is still one that constantly faces threats of violence, with horrific events like the 2016 Pulse Nightclub shooting still fresh in the minds of many. As a DMO, you can never do too much to reassure travelers that they will be safe and don’t have to fear the worst.

Community Marketing & Insights’ research shows 42% of respondents strongly agree that they live in an 2SLGBTQ+-friendly community, while 40% somewhat agree. This gives you some idea of the backgrounds of your visitors and how for many, traveling may be the only time they truly feel like they can be their authentic selves.

It’s important to remember that 29 U.S. states still have laws on the books that discriminate against the community in some way, and 20 European countries still lack protections against hate crimes based on sexual orientation and gender identity. The map below shows how different European countries rank for human rights protections of 2SLGBTQ+ people. 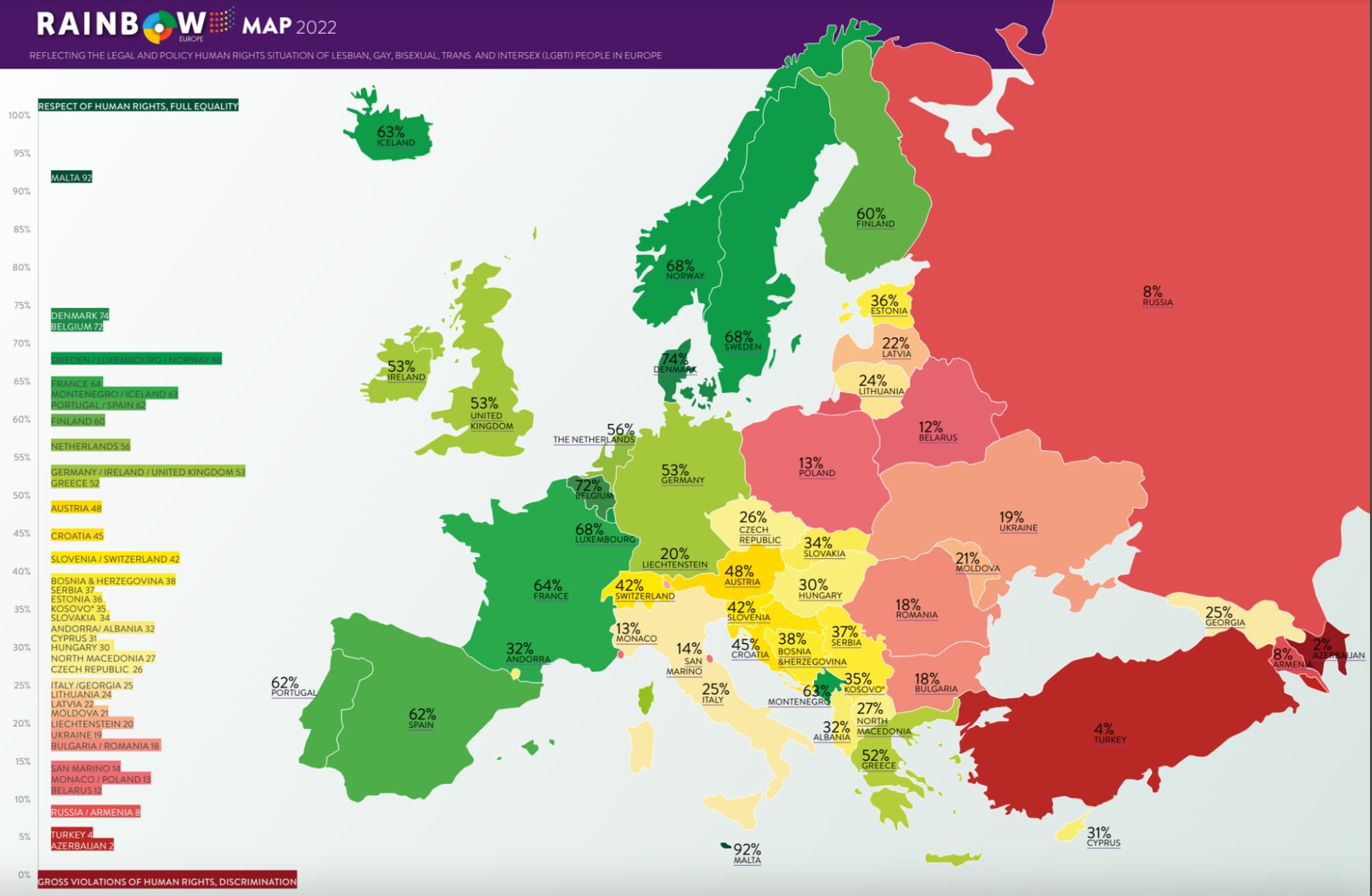 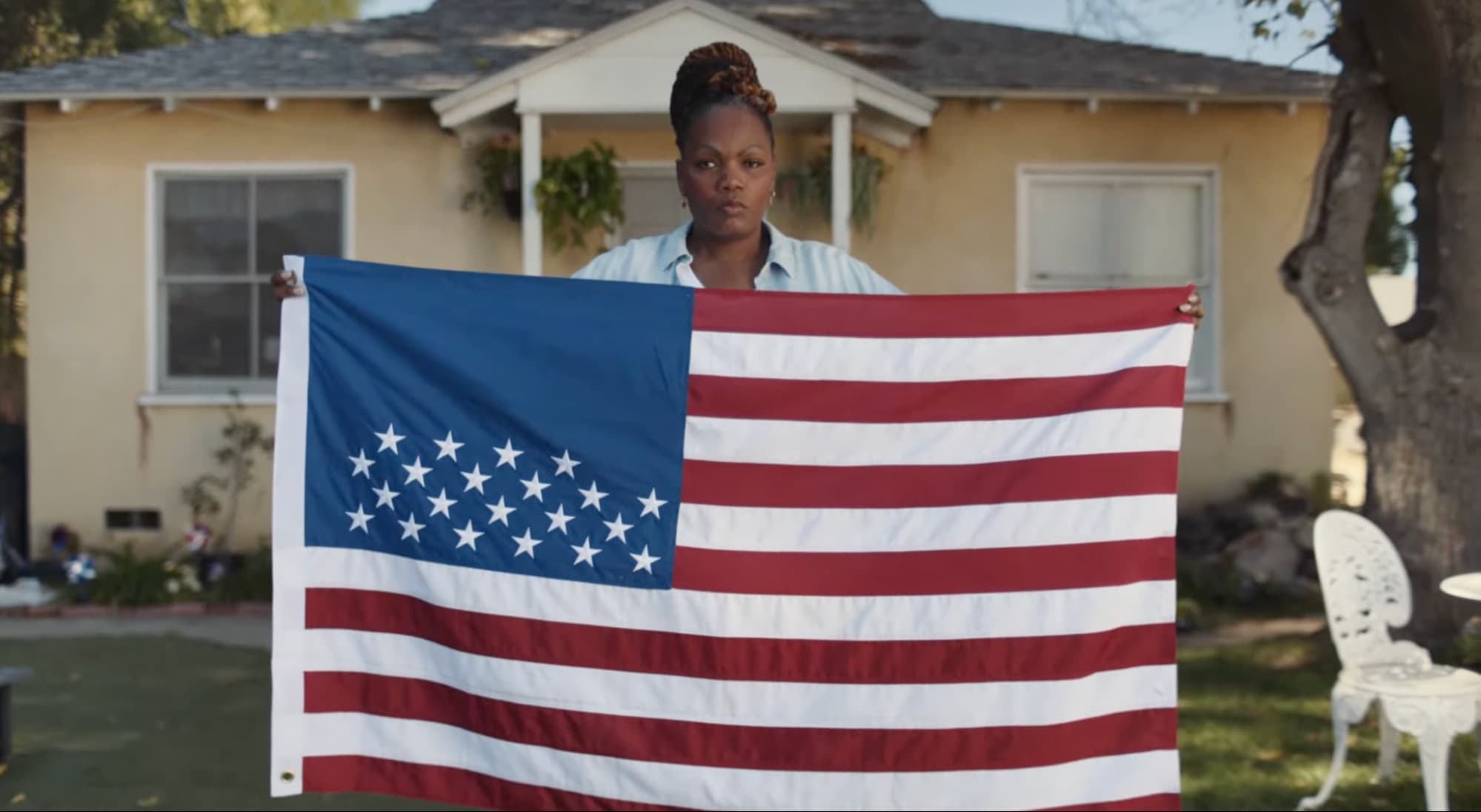 2SLGBTQ+ travelers will generally favor businesses that specifically cater to the community and have large customer bases who identify as 2SLGBTQ+. Definitely focus on highlighting these businesses because they could use all the love they can get given the hardships they’ve historically faced, especially after two years of pandemic disruptions.

Canada, for example, is home to more than 28,000 2SLGBTQ+owned businesses, according to the Canadian Gay & Lesbian Chamber of Commerce. These businesses generate more than $22 billion in economic activity and employ more than 435,000 Canadians.

But, these don’t need to be the only businesses and attractions you market. Of course, many 2SLGBTQ+ travelers also value the same kinds of experiences that straight travelers love. It’s all about balance and representing the businesses that actively support this community, particularly if they are 2SLGBTQ+-owned.

And get this: Queer Britain, the UK’s first national LGBTQ+ museum, just opened in London!

Above all else, be open-minded and continue to challenge assumptions of what you think you know about this community. Consider that rolling out the welcome wagon to 2SLGBTQ+ travelers will only help your brand appear more welcoming to other minority travel groups.

Let’s end on an inspirational small but mighty story from the Atlantic Canadian province of Newfoundland and Labrador. A tiny community in the province called Broad Cove held its first-ever Pride event in 2021 and is planning an even bigger party in 2022 for its “Come Home Queer” festival in June. It’s a rural destination without the flashy bars, clubs, or attractions of much larger 2SLGBTQ+destination brands but the community’s determination to be seen and included shows that Pride can be found in places you may not expect. 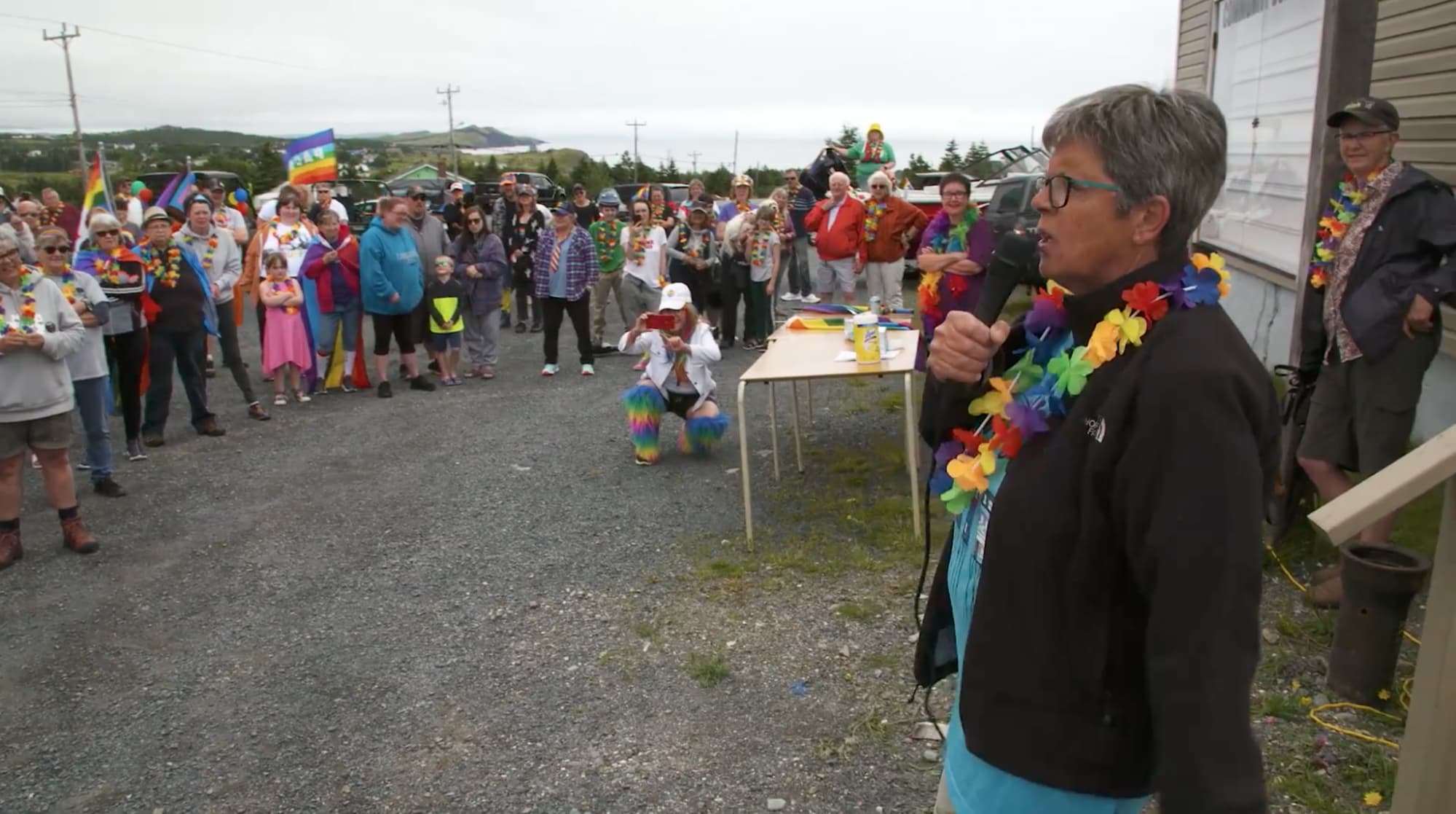 *Photo of the 2021 Pride event in Broad Cove, Newfoundland and Labrador, the first-ever event celebrating the area’s 2SLGBTQ+ community.