As the city that trails only the nation’s capital for its collection of free museums and attractions, St. Louis has typically had little trouble attracting families from neighboring cities and states to its public parks, galleries and zoo. Luring millennial tourists, however, is a completely different challenge.

“Millennials tend to want to judge things on their own,” explains Shaun Young, the Senior Interactive Art Director for H&L Partners, Explore St. Louis’s creative agency partner. “They don't want to be fed a TV commercial or a print ad that tells them something is the greatest; they want to see it in their authentic and natural form so they can judge for themselves.”

Targeting millennials with a UGC-powered microsite

In their more family friendly marketing materials, Explore St. Louis touts many of the city’s well-known attractions, like the Missouri Botanical Gardens and the Saint Louis Zoo. When considering how to appeal to millennial visitors, however, the team has discovered that their success relies on their ability to showcase the city’s lesser-known attractions, specifically within the arenas of food, beer, music and culture.

“To families, we hit a lot of the big well-known attractions in St. Louis,” said Young. “What STL. Live allowed us to do is really hit at some of the lesser known ones that really are engrained in the culture of St. Louis. We feel like that was the experience the millennial was seeking.”

The microsite, STL.Live, intentionally doesn’t feature any Explore St. Louis or other branding. Instead visitors are welcomed by a panel of local influencers, each representing one of four interest groups: food, beer, music and culture. After choosing one of the four options a brief video introduction begins, interweaving shots of the city with unscripted interviews with the influencers. 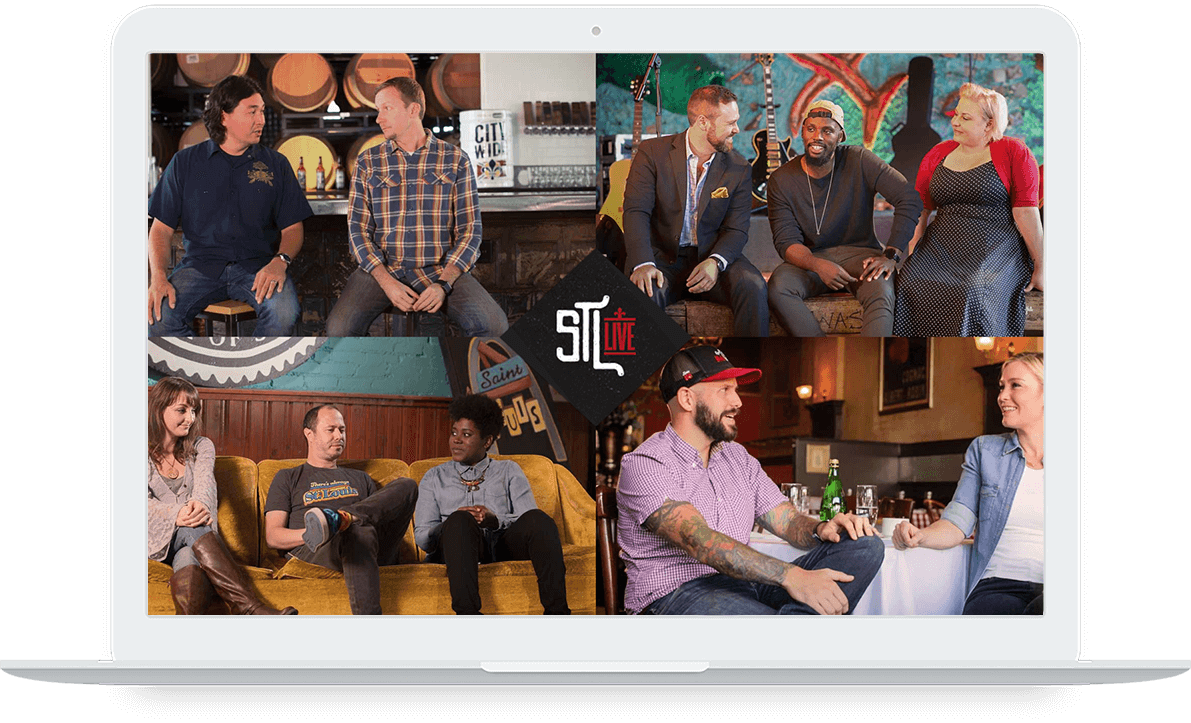 “They themselves are successful in their own fields of music, or beer, or food, but they also fit the demographic in terms of age, because millennials respond better to hearing from someone in their own category.”

Young added, “We didn't come to them with specific attractions or places to mention, we kept the interview as honest and casual as we could and just asked what their favorite places were in St. Louis, and a lot of them were places we weren’t aware of ourselves.”

Is there anything better than brunch? Okay, that may be dramatic, but seriously - how good does this spread look from Squatters Cafe? Chef Rob Connoley’s fare doesn’t disappoint. . . #explorestlouis #takingoverexplorestlouis

Getting those best-kept secrets out of millennial influencers, explains Young, helped guide the team toward developing content around venues and attractions they wouldn’t have otherwise considered the city’s key selling points.

“The STL.Live website, which we built with CrowdRiff, takes advantage of that quote–unquote ‘best kept secret,’ because we’re reaching out to millennials that don’t want to have the typical tourist package put in front of them.”

Another key feature of the microsite allows visitors to deep-dive into any of the restaurants, breweries, music venues or other attractions mentioned by the influencers during their interviews. As soon as an attraction is mentioned a widget pops up offering visitors the option to switch to a short video profile with further information about a specific local hotspot.

“That was a critical component; giving the user as much control to snack or review long form content depending on the amount of time they want to invest or the amount of content they want to browse,” explains Chris Kilcullen, the Vice President and Director of Digital Marketing for H&L Partners.

Each video is presented over a mosaic of crowd-sourced visuals specific to the users’ selections. Landing pages for each of the four categories feature more generic shots of food, beer, music or culture in St. Louis, while video profiles of individual venues feature crowdsourced images specific to that venue.'

Kilcullen explains that showcasing local influencers in unscripted conversations over a layer of user-generated content helps drive home the theme of authenticity while keeping the campaign highly targeted. He adds that while the videos took a lot of time and effort to produce the rest of the build was fairly straightforward.

“That's why CrowdRiff was such a good tool for us. We could easily aggregate all of our topics and organize them as such, coming from real individuals that either live in St. Louis or have visited St. Louis and have documented these same places and venues and attractions that we're trying to showcase in STL.Live.”

The microsite began with a soft launch in December and will be pushed through social media channels starting in June. In the meantime the site has already engaged more than 20,000 Facebook users organically. Visitors to the microsite navigate to an average of 3.77 pages per session over an average of almost 4 and a half minutes.

The initial success of the microsite, according to Young, was largely the result of the team’s ability to easily source large volumes of high-quality user generated content.

“For each location that STL.Live focuses on, there are a few hundred photos behind that,” he said. “The time it would have taken an entire team of people to curate that content, in its current form, with the social grid, which we believe is a key feature —it just couldn’t have happened without CrowdRiff.”